I'm not promoting the iphone I'm just sharing a little bit about the iphone buzz.  I spent last night with my four adult children, all of them have iphones, and two of their girlfriends have iphones.. So that meant last night there were 7 iphone users in the house.  Of course my son and his girlfriend who were holding the BBQ have chargers, But they were in use.. I don't leave home without my charger,  EVER.  So, one of my sons girlfriend was showing me a video of her boys from her iphone and I noticed her battery was almost dead and asked her if she wanted to use my charger.  And she did.  When she was finished charging her phone, I used it.

I got into the office this morning and the first time my secretary asked me was did you bring your charger.  Of course I did and now her phone is charged and ready for use.

It was funny to hear my secretary say, Penny here you go, I'm all charged up.  it will do me until tomorrow.

AWE, I love my iphone and my friends and family that have them.

I guess the battery life on them is less than stellar?

Hi Penny, that is one of my pet peaves with the iPhone, love it, but the battery life could be improved for sure. 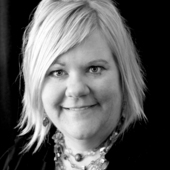