The County Fairs are starting soon - but it will be a while before the State Fair - so I thought I would focus on another fried food midwest favorite - the Tenderloin.

There are many who lay claim to having "the best".  These three have actually earned that title in print many times.

First - Nick's Kitchen in Huntington, IN

Nick Freinstain opened this as a sandwich cart in 1908.  The original pork tenderloin is still on the menu which are as large as the plate on which they're served.  The pork loin is flattened and marinated for 24 hours, then deep-fried and served on a warm bun.

This diner only has 4 booths and a few bar stools and Bill Pitts (owner) still flips and fry's himself.  Since 1954 the decor hasn't changed and neither has the secret blend of seasonings for the tenderloins served with their signature skinny fries.  There is even a Facebook group called "If the Lemon Drop isn't in Heaven, I don't wanna go".

Last Stop - Nickel Plate Bar and Grill in Fishers, IN

This restaurant opened as a saloon in the 1880's and maintains its exposed brick walls and archways to continue it's history.  It was named for the Railroad that use to pass through the area. The tenderloin is the top seller with another secret recipe for the breading and deep friend in Canola oil.

"The best" in regards to food is personal opinion - but these three have an overwhelming consensus from their patrons over the years.

Stop! You're making me hungry. I'm sure the locals will appreciate this information on restaurants in your area.

I hear you!!!  And the Nickle Plate is within walking distance of my office 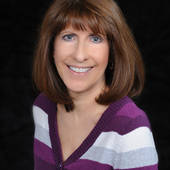 Resource center of information for people moving into our Indiana service areas - and even long time residents!