When she put her house on the market, Dena Roy had already downsized, moving a lot of her personal stuff into boxes stored in the basement. She’d heard that it’s important for sellers to “depersonalize” their property so that potential buyers could better envision themselves living in the house. But her realtor suggested she do more, by hiring a stager. At first, Roy was a little apprehensive, fearing the process would involve prettying up her house and buying a lot of new stuff. But when stager Linda Esposito, whose mid-Hudson Valley company is called HouseSetters, arrived for the consultation, Roy, whose house is located in Hurley, was pleasantly surprised. She discovered that staging wasn’t about filling up the house, but rather parsing the existing furniture down and rearranging what she already had to better showcase the space. For example, at Esposito’s suggestion, Roy moved a recliner and side table from the living room into an upstairs bedroom that was mostly empty. Esposito also recommended that Roy pack up the Cuisinart, blender and other clutter from the kitchen countertops and that she remove the attractive jewelry hanging on her bedroom wall, because it distracted visitors’ attention from the house. Finally, she advised that Roy put her shampoos away in a cabinet and drape one of her scarves over the bed, for a splash of color, prior to a showing. As Esposito went through the house, “you start to see the difference,” Roy said. “The house became a lot tidier.” Roy said now she keeps a list on her refrigerator of all the steps she needs to take prior to a showing, which makes the process manageable.

In this tough market, it’s vital for sellers to show their house “as if they were expecting company,” in Esposito’s words—clean, neat, and well designed, what she refers to as the Pottery Barn or Crate and Barrel look, that universal language of good taste. National statistics show that having your house “staged”—a process that ranges from an hour and a half, $200 consultation to monthly rental of accessories to monthly rental of a full set of furnishings for a vacant house—improves its prospects of selling. According to a study conducted in 2000 by Joy Valentine, a California-based broker with Coldwell Banker, staged homes were on the market for 13.9 days versus 30.9 days for homes that hadn’t been staged. The study also showed that staged homes sold for an average of 6.3 percent over the asking price, compared to 1.6 percent more for unstaged homes.

Increasingly, real estate brokers themselves are recommending and in some cases even paying to have their listed homes staged, for the simple reason that “a staged property sells quicker,” according to Terri Colucci Shand, president of the Ulster County Board of Realtors. Hiring a stager is important, Shand added, because “quite often people are unable to imagine how the furnishings should be placed. For example, in a very small bedroom, it might be good to add a double bed, to show that it fits.” And particularly in this tough market, when there’s so much for sale, if your house is vacant that’s a huge disadvantage. “When people see houses with furnishings in them, it’s a warmer welcome and they can feel at home,” said Shand. She noted that a beautiful old colonial that she fell in love with when she saw it furnished had lost its appeal when she visited it again, after it had been emptied. “All the blemishes showed,” she said. “I’m seeing all the work.”

That’s not the kind of message you want to send to today’s buyers, added Elise Barry, chief executive officer at the Ulster County Board of Realtors. “Buyers today don’t want to do anything,” she said. “They’re spending a good deal of money on the purchase and they may not have money left over. It’s a different generation” from the do-it-yourselfers of a few decades ago.

Barry noted that the first step is for sellers to detach their personal memories from the house and realize the house now belongs to somebody else. “They have to get in the right mindset and be ready to move on. They have to make the break.” They should pack up all their personal things—anything that bears the stamp of themselves or their family—in boxes and move it to a storage unit. The house should be kept meticulously clean and the owners should make obvious repairs, such as fixing the loose handle on the refrigerator. Medical equipment should be moved out. Cabinet doors should open and shut properly. Your home on a job interview

Staging, however, involves much more. In essence, it’s making your house look confident—akin to your demeanor when you’re going for a job interview, said Esposito. She noted that according to Barbara Corcoran, one of the top brokers in New York City, prospective buyers decide in the first 10 seconds of stepping inside the house or apartment whether they’re interested in the property. So in her consultations with clients, she starts with the exterior. “While the realtor’s fiddling with the lock box, the buyer is looking around.” Making sure the mailbox looks good, getting rid of cobwebs and insect nests in the porch overhang and putting out a fresh mat help create a good first impression.

Esposito said that she always begins the consultation by sitting down at the dining room table with a client, to establish goals, room by room. A basic aim is to remove attention from the seller’s stuff and create a model home environment (Esposito helped an interior designer do model homes, before leaving the city in 2004 and establishing HouseSetters in Hurley and Kingston). “It’s not about buying a lot of things. I don’t like to over accessorize.” Yet it also shouldn’t look like a furniture showcase room. “It has to be somewhat cozy, in order to feel inviting.”

One goal is to establish a balance between hard and soft surfaces, said Esposito. In a living room, it’s vital to show off the hardwood floor; if most of the floor is covered by a large area rug, she’ll suggest replacing it with a smaller carpet under the sofa and chairs. Another aim is to let the light in. She’ll recommend removing window treatments, repainting dark walls with a lighter color, and turning on all the lights to achieve this.

Another tenet of staging is that “interior real estate equals money,” which means you want to maximize your free floor space. Sellers do this by removing clutter—baskets, bookshelves and other items. Esposito, who used to be a fitness instruction, said “I’m very physical. I’ll say, ‘let’s start clearing out this space,’ so the client can start to visualize the difference.”

At this point, the house is 85 percent there. The final aim is the least tangible, but perhaps most important: what Esposito calls “the wow factor.” Perhaps it can be achieved by throwing a pair of orange pillows onto the gray couch, or arranging three vases of varying height on a dining room table, filled with pussy willows. Instead of a bunch of small pictures, it might be a single large painting or print hung over the sofa—something that “quiets the space” yet adds visual drama. Esposito said the “wow factor” is particularly important because so many people first view a house on-line, and form their impressions from photographs. In a small photo, a room engulfed in lots of tiny details gets lost. Esposito might recommend covering a tired old sofa with a nice throw, purchasing neutral bedding—used only for showings—and a bin or bag with fresh towels. “The idea is to set up a system so it’s easy for the seller,” she said. In the kitchen, she recommends not only removing all appliances but also putting “icky factors,” such as the greasy toaster oven and coffee maker, into a cabinet just before the showing and putting out a bowl of fruit or leafy plant. In the bathroom, remove toilet-bowl brushes, scatter rugs, and cutesy items—like a kiddie fish-patterned shower curtain. “All you need is nice towels and a decorative pump” for soap, she said.

“The house has to look well cared for. Potential buyers like to think ‘this is a detail person,’ perhaps because the same colors are used throughout the house. When everything’s fresh, they think ‘we don’t have to worry about the roof or the electrical,’” she said. “But if they see icky factors, like stuff all over the counters, they’ll think, ‘they couldn’t even clean up the sink.’” If the kitchen doesn’t have the latest appliances, that’s okay, as long as it looks respectful (it goes without saying the inside of the fridge should be clean.) However, if it’s a high-end kitchen in which everything is stainless steel except the dishwasher, she recommends getting a new stainless steel one, to avoid a jarring disconnect.

It isn’t always necessary to stage the full house, said Esposito; just the most important areas—where the family relaxes and enjoys a meal together and where each member sleeps. If the house appeals to families, sometimes she’ll put a table and chair in a third bedroom and stock it with a few toys to keep the potential buyers’ children entertained.

Esposito has several storage units filled with furniture and accessories, which are showcased on her website, www.housesetters.com. She’ll rent clients an accessories kit, if needed, which usually costs $100 or less a month. She also has multiple couches, tables, chairs, etc. which can be rented out for vacant houses. Including moving, the cost for renting furniture for four months is about $2,000, she said. Occasionally, she’ll have to source out an item.

Even though staging is about “creating a product for the marketplace,” she added that on occasion “people will want me to help them set up their new house” (which she doesn’t do). What might seem to start out being a painful process ends up actually being kind of fun, if not downright inspirational.

Great post Linda. I'm going to listing a home in 2 weeks that I need to have a heart to heart discussion with the sellers.  I'm temped to ask them to rent some nice couches for while. But it's a fine line. I mean the home is beautiful but their furnishing are looking well used.

Hi Charlie--I know it's not easy. But if you build up how beautiful the house is and describe the sofas as "well-loved" that might help. A little "reverse psychology" is good too such as "do you want me to be completely honest so that you get top dollar or do you want pulasanme to hold back?" is also effective. Good luck!

Linda  subtle changes can really make a difference; moving some furniture are even the paintings on the walls.   I was not  too subtle the other day, I decided to take all the paintings etc off the walls and my husband thought he came home to a strange house.

Linda -- great explanation of the multiple benefits of staging a home for sale, whether it's occupied or vacant.  Smart sellers and their agents who follow these guidelines will be happy they made the effort!

Like
Anonymous
Linda Esposito
Thanks Maureen. --- it's always fun to get a little press. This article appeared in the home improvement section of our local paper. The photographer came to my warehouse to snap a few photos and couldn't believe all the stuff I have! I must say that sometimes I too am shocked by all I own!
Like
#5
chevron_left
Older Post
Back to Top
Newer Post
chevron_right
Rainer
45,540 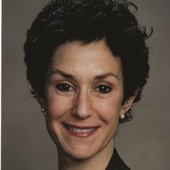 ActiveRain Community about 11 years ago
bookmark_border
I bumped into the buyer the day I removed my stagi ...
View more Recent Posts   arrow_forwards