My goodness, is it time for another installment of What Is A "Naranjilla?"

Today's words are "manmohpan,"mocambo, and "feijoa." "Manmohpan" ... what could it be?  A mythical creature combining a man with an ohpan, or orphan? Is it an expression of exasperation, pronounced "man-o-man?"  Let's see...

Ah-ha!  This one took a little while, but thanks to the California Rare Fruit Growers, the secrets of the manmohpan are revealed!

The manmohpan is an elusive, treat whose secrets were uncovered only by looking it up by its Latin name, terminalia ferdinandiana. In short, a manmohpan is a small, plum-like tropical fruit.

Wiki tells us that this small, sweet fruit is also called the Gubinge, Billygoat or Kakadu plum.

Daleys Fruit goes on to explain that this fruit is native to Austrailia and commonly sold throughout the tropical regions there. Indigenous Australians use it for food and medicine, and they use the trees for timber.

Fun Fact: the manmohpan scores as the highest concentration of vitamin C in fruit.

Hey! It looks like I was close - the Mocambo is a famous club in Hollywood.

Looks like it's also - you guessed it - a fruit!

The Rainforest Conservation Fund says that both the seeds and pulp are popular to eat. Also, the seeds are fried as a snack (like pumpkin seeds) and used in soup. Finally, the empty pods are dried like gourds and used as containers and for starting plants.

Extra Fun Fact: the mocambo is a close relative of the cacao - you know, where we get cocoa. Finally, we have "Feijoa." Sounds like a tasty dish of pan fried meats and veggies areved sizzling with tortillas...  Let's see ...

Shocking! The feijoa is a fruit!

Julia Morton of Perdue University wrote, "Few fruit bearers have received as much initial high-level attention and yet have amounted to so little as this member of the Myrtaceae, Feijoa sellowiana Berg..."  C'mon Julie, tell us what you really think! ;)

Wiki says that the chicken-egg sized feijoa also called the Pineapple Guava (hmm).  The flesh is juicy and is divided into a four-pronged, clear jelly-like seed pulp and a firmer, slightly gritty solid pulp toward the skin.

Extra Fun Fact: You know a feijoa is ripe when it falls off the tree.  Most people pick it beforehand because hey, nobody likes a bruised feijoa, am I right??

Whew!  This installment was a bit challenging.  But thanks to my trusty internet connection, these obtuse fruity delights were no match!  As always, specials thanks to wiki and Google ... how did we ever live before without them??

I love this series! Even tho its not exactly realestate related, its something I enjoy to read.

I cant wait to read more

I want some pie! ha ha

It's always fun to learn.

My words have been simple lately, like 'tea' and 'cranberry.'

Can't wait for next time!

Like
Anonymous
Phil McCrackin
it is possible that the market conditions are a result of big teeth and a much needed face lift.  Just a theory :)
Like
#3
chevron_left
Older Post
Back to Top
Newer Post
chevron_right
Rainer
87,383 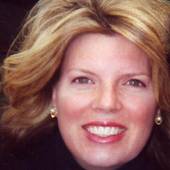