What is a Father's Tribute?

"It doesn't matter who my father was; it matters who I remember he was." - Anne Sexton

What do you remember about your father? Was he someone who was always there or was he never there? Did he spend time teaching you to fish, hunt or perhaps some sport? Was he someone who was quiet, read books, or worked several jobs just to keep food on the table? Perhaps your father wasn't around much, or perhaps not at all. Maybe your mother, grandfather or an uncle took on that role. Those who touch our lives always shape us, and our father does so by his presence or his absence. Johnny Cash sang a song about a boy named "Sue" by his father before leaving the boy's life. "Sue" was influenced all his life by this one simple act of his father, an act that the song said made the boy strong enough to take on life's battles. It also influenced the grandchildren of this man, as "Sue" vowed to name his children any name other than "Sue!"

Father's Day is Sunday and gives us a chance to reflect on fathers and their influences in our lives. To all the fathers who have influenced you to be the person that you are, I say "THANK YOU" for a job well done and dedicate this to each of you as A Father's Tribute!

Thank you very much, i couldn't say it any better. Happy father's day

Yes, father's can play a huge role in our lives. My dad is truly my hero and so much of who I am today is his doing...Happy Father's day.

Jack, I'm  blessed to still have my Dad at almost 94 years of age.  He is in great health and I am blessed.  I'm going to Colorado for a girl trip on Saturday and will get to see my parents the following weekend.

Oh, Jack ~ I remember my Dad's strong personality, the faith he had that grew stronger as he grew older, the sound of his voice singing in church, the high expectations he had for his children... so much. Thanks for jogging the memories.

Had to reblog this one for you.  Dads are so important in our lives.  After all if it weren't for dads none of of us would be here. 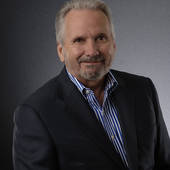