Who said life in North Scottsdale isn’t exciting? Last night as we were about to sit down and watch a movie, I heard my husband, the Chicago city boy, slam the interior garage door and yell “There’s a gigantic (or something like that) lizard on the floor mat in the garage! Don’t go out there!” Being a farm girl from Kansas, a little lizard wasn't going to scare ME and I cracked the door to see what was up and saw a big striped tail. City Boy implored me to shut the door, but a few minutes later I checked and only saw a little lizard paw sliding in and out from underneath the air-conditioner closet door.

While I ran around looking for my camera, my husband Googled “Arizona lizards” and dete rmined it was a Gila monster, known by their pinky-orange and black stripes. He called the Phoenix Herpetological Society and they took our information and said they’d call us back. A few minutes later, Nate Deason, who works for the organization, called and said he’d be out in about 15 minutes. From the internet, we also discovered they are one of two venomous lizards; the other is the Mexican beaded lizard. So, I decided to give Mr. Gila a little more deserving respect and we kept a wary eye on him until the reptile rescuers arrived. We found that its venom is actually a fairly mild neurotoxin. And though a Gila bite is extremely painful, none has resulted in a reported human death.

It is unlawful to touch or kill a Gila monster, as they are a protected species, so the best thing to do is call the Phoenix Herpetological Society hotline at (602)550-1090. Nate Deason, “venom manager” at the society, and his partner Jessica Satter, who is in charge of fundraising, arrived in their colorful van armed with a big orange bucket with a lid a nd a simple tool for safely catching the lizard. Nate quickly and expertly captured the lizard, and determined this was a good-sized adult Gila monster, but that he hadn’t eaten in a while as his stomach was very flat. He said he was healthy, though, as he still had some stored fat in his tail. Nate said they only eat about five or six times a year, and eat primarily eggs – like quail eggs – raided from nests and newborn mammals. If they find a nest of quail eggs, Nate said, they may only eat half and conserve the rest for the next time they eat, preserving their food supply. They may spend more than 95 percent of their lives in underground burrows, emerging only to feed and occasionally to sun bathe.

Because the lizard is a protected species, they can only be moved within 1000 yards of where they were found, so Nate picked up the bucket and released him in a nearby wash in the dark. I was hoping Mr. Gila would go find a nice meal. Nate conducts tours himself on Thursdays and Saturdays at the Phoenix Herpetological Society in North Scottsdale. Contact Dan at (602)550-7029 to book a program or tour (tours available other days, too). Tours take about two hours and are an excellent way to learn more about conserving our native Arizona reptiles in North Scottsdale.

Omigosh.  I am certainly not interested in that critter.  Zoo?  Are you listening?  Come and get it!  And, keep my garage door CLOSED!!!

Hi Cheryl, do you have any in Texas? In fact, my first lizards I saw were when we lived in Hereford, Texas, and my dad uncovered some living next to the house. I love the Southwest!

I'll keep my garage door closed and be on the lookout for one of them monsters.  Do you know if those herpe to logic guys will make house calls in Minnesota?

Sorry, Mike!  I don't think so! But I promise I'll have them help any of your Minnesota friends who have 2nd homes here! :-)

Ack!  Gila Monster!  Good reason to keep that garage door closed!  I didn't realize they were venomous.  At least it is out of there now.

Hi Jennifer, I didn't either, know it was venomous until last night! Just a minor inconvenience, LOL!

Hi Julie!  I just blew you an extra 20 degrees of heat your way!  Man it's hot already here at 9 a.m.  - 90 degrees!  Enjoy the coolness there in Chitown while you can!! Thanks for the comment! 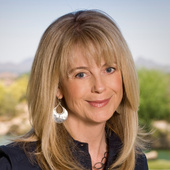