A few memorable days were hotter or wetter than ever before.

Monday is the last day of a spring that saw a tax-weekend deluge of rain and a two-day streak of record heat in the Philadelphia area, according to National Weather Service records.

The meteorological station at Philadelphia International Airport measured 3.1 inches of rain April 16, which shattered the record for that date: 2.4 inches in 1986. The April 16 storm also produced significantly more rain than fell in all of April 2010: 2.7 inches.

Besides being unusually warm, April also held the distinction of having zero clear days. The NWS judged 18 days of April to be cloudy and 12 to be partly cloudy. 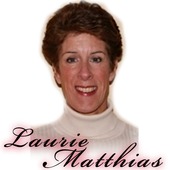