The Lone Star Attitude is playing on June 25th in Plano, Texas. This should be a good event to go to in Plano Texas. I have not personaly seen this group but I have heard that they are very good!

Here is what is being said about them on the Plano, Texas website "You might find Lone Star Attitude® pickin' beneath the south Texas stars at the legendary Jim Abercrombie 74 Ranch or performing for the President of the United States at a north Dallas mansion.

You may have seen these Texas Music Aficionados at the 9/11 ceremonies in New York City on the USS Intrepid, the Bellagio in Vegas, on ABC, CBS, FOX, the Style Network, the Pentagon Network, or even in the beautiful airport store named after them.

Wherever you encounter Lone Star Attitude®, one thing is for sure... you'll hear The Sound of Texas played in real time by real musicians, and with no sequencers or cheesy gimmicks.

They are playing on

I hope to see all you in Plano, Texas for this event! 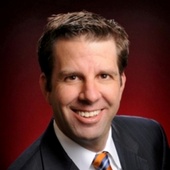