For those who have not heard of this concept ( after all, it is used only in Hawaii and Utah, to the best of my knowledge), leasehold is a type of ownership. Most typically, when one owns a condo, for instance, they own the condo itself ( that is the space between the walls) and also a share of the common elements (pool, roof, hallways and LAND). This is called fee simple ownership. In the case of a leasehold property, one does not own a share of that land that the condo sits on. Thus, one has to " rent" that land from whoever owns it and pay a lease rent. This lease agreement is valid for so many years  and the rent is renegotiated every so many years. For example, the lease rent for a 2bd unit at Papakea is currently $120.00/month and it will be renegotiated in 2012.

Given the limited amount of buildable land in Hawaii, the leasehold concept was created with the purpose of making certain properties more affordable. In reality though, the difference in price between fee simple and leasehold units that are in the same complex ( like at Papakea) varies from $18,000 t0 $200,000.

Examples: Kaanapali Shores, a complex with almost 400 units, a fee simple studio is listed for $10,000 more than a leasehold studio. While at Papakea, which is also a combination of leasehold and fee simple property, the difference can be as big as $200,000 for same size units.

So how can there be both leasehold units and fee simple units in the same complex?

At one point in time, the land owner offered to sell the fee, to all condominium owners. Some of the owners have agreed to purchase that fee and thus convert to fee simple, while others have decided not to do that.

Why would someone invest in a leasehold property then? Mostly because it is more affordable. It addresses the needs of the buyers that need to get their foot in the door at a reduced price and plan to upgrade later. The closer we get to the time the lease expires, the more that unit will depreciate. Which is exactly what certain investors with a  tolerance to risk, wait for. They also wait for the opportunity for that property to convert to fee simple, eventually and instantly build equity in their property. For example, a 2bd unit at  Maui Sands unit with an ocean view is currently listed at $258,000 . Comparable , fee simple, 2 bd units with the same type of views at Paki Maui is listed at $439,000.

Initially, in the 60's, when this concept was created, most of the condos in West Maui were leasehold properties. Today, there are only a few leasehold properties left, the rest of them have converted to fee simple. And this trend will continue, especially given the tax brakes that are offered to land owners that will sell the fee ( that is the land) before 2013. In the past two years, Hale Ono Loa and Napili Ridge have seen a smooth conversion to fee simple ownership. Maui Sands' current negotiations for conversion to fee simple are moving full speed ahead and numbers are expected to be released within a month.

A few red flags about investing in a leasehold property:

- the term the lease has to be bigger than the term of a mortgage. Thus, if the lease expires in 22 years from today, one can only get a 20 years loan, and thus be ready to deal with higher mortgage payments;

- the lease rent is not tax deductible;Please consult with your tax advisor on this issue!!!

- the more you approach the expiration of the lease, the more the unit depreciates in value;

- in the event that the lease expires, the owner of the land has the right to get his land back and the improvements on it.

If you have information on leasehold properties in other states than Hawaii, I would love to hear details.

For other leasehold property info, please contact me at www.forsaleinlahaina.com

Meanwhile, the question is still there: To Buy or Not To Buy a Leasehold Property.

thanks for a well thought out, well defined leasehold blog. I lived in Hawaii in the 80s and again in the 90s when my dad, later my husband were assigned to Hickam, then Wheeler.  I knew of this cocept so when it was taught in RE school I totally got it. What I didn't know is the split ownership options or the impact it has on the sales price. I thought it was more like a 99 year lease.  Great explanation.  If we ever win the lottery we'll call you :)

Hi Cathy! yes, initially there were 99 year leases, but many years have passed since the 60;s. Hahah:-)))every property is different  though.  No need to win the lottery for this. They are quite affordable: for Maui standards that is :-)

we use local, Hawaii based banks for leasehold properties. no point trying a mainland bank. if you ever run into a leasehold transaction, you may want to consider a Hawaii bank like First Hawaiian Bank  ( does most of the loans) or Bank of Hawaii or Central Pacific Bank. At least they understand the concept. 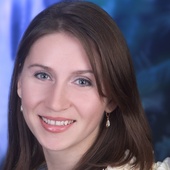