Think You'll ever sell your home or investment properties?

When did this happen? It's in the health care bill 'Obamacare'.  Just thought you should know.

This bill is set to screw the retiring generation who often downsize their homes. Does this stuff make your November 2012 vote more important?  Oh, you weren't aware that this was in the OBAMACARE bill?..  Guess what, you aren't alone. There are more than a few members of Congress that aren't aware of it either .....   click on the link above to verify ....... 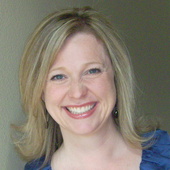