I had no idea what umbrella insurance was until my friend was in a minor fender bender.  She hit another car and the person sued her for an enormous amount of money and he won.  Her umbrella insurance protected her from losing her home.

Liability insurance covers you in the event you get hit with a lawsuit. Some of the liability risks faced by homeowners are more apparent than others. For example, a house guest takes a tumble after slipping on your hardwood floors, or a neighbor's kid falls off a swing in your backyard. Insurance agents call swimming pools, jungle gyms, and trampolines "attractive nuisances" because they draw children unable to appreciate their dangers.

If someone gets hurt on your property--whether inside or outside, and whether you think it's your fault or not--you can get sued. Travelers, an insurance provider, says you could even face a lawsuit if your dog bites someone. If your pet or a member of your residence causes accidental damage to the property of others, you're liable too. Automobile accidents can also lead to lawsuits.

In addition, you can face lawsuits from personal injury, which includes a wide variety of problems, such as emotional distress or sickness or disease. You can be sued for malicious prosecution, humiliation, libel, slander, defamation of character, or invasion of privacy. Although many of these scenarios seem to have little to do with homeownership, the end result of an unfavorable lawsuit judgment can be the loss of your home.

Brian Mittman, an attorney in White Plains, N.Y., says the reality is that anyone can be sued for anything at any time, though it's less likely that juries will side with a plaintiff where there's no obvious fault on the homeowner's part. Some states also have so-called homstead laws that can protect homes from creditors. Consult an attorney.

Homeowners are more likely to see a lawsuit if there's a foreseeable incident with knowledge of a defect. Consider a homeowner whose front steps have loose bricks. A lawyer could argue the homeowner should've known about the problem and fixed it. This is an example of what could be a low-payoff situation--a trip to the emergency room and a sprained ankle that heals quickly. Many lawyers would pass on the case.

On the other hand, a visitor's tumble down rickety basement steps could lead to a long hospital stay and a permanent limp. The homeowner could be found liable and have to pay, even if the injured party has medical and disability insurance. An injured party's own insurance situation doesn't necessarily let the homeowner off the hook.

The good news is a limited amount of liability insurance is standard in most homeowner policies. Although terms can vary, $300,000 is typical. Check your policy. For about another $300 a year, you should be able to add $1 million of liability coverage to your homeowners insurance.

Many financial advisers prefer umbrella insurance over increasing the liability coverage of a homeowner policy because the umbrella insurance applies to your vehicles as well as your residence. Remember, umbrella insurance is an overarching policy that covers liability issues at home and in the car. This is critical since you could lose all of your assets including your home as a result of a major lawsuit stemming from an auto accident.

Umbrella insurance, in general, runs about $300 a year for $1 million of coverage. Premiums can vary greatly depending on a host of factors including your credit and claims history, where you live, and who's covered. In most cases you can get a policy issued in a couple of hours. The process is faster, and you might receive a multi-policy discount, if you get umbrella insurance through your current insurer.

Keep in mind that umbrella policies by nature come with very high deductibles. They only pay off after a homeowner's other liability coverage is exhausted. If you use the same insurer, it's easier to coordinate claims and ensure your homeowners insurance dovetails with your umbrella's deductible.

Umbrella coverage has its limits

Generally, anything business-related isn't covered by umbrella insurance. Bob Gustafson, a certified financial planner in Marlborough, Mass., notes that people connected with a home-based business aren't covered under typical homeowner or umbrella policies. However, many homeowner policies will allow the purchase of a rider for small businesses, which will increase your annual premium between $300 and $400.

Businesses you work with and de facto employees, such as domestic workers, also are unlikely to be covered. Riders are available for full-time domestic workers; occasional house cleaners and babysitters should be covered under a standard policy. Major outside contractors, such as roofers, for example, should have their own insurance. Ask for proof before you hire any contractor.

Richard J. Koreto has been editor of several professional financial magazines and is the author of "Run It Like a Business," a practice management book for financial planners. He and his wife own a pre-Civil War house in Rockland County, N.Y.

Visit Houselogic.com for more articles like this. Reprinted from HouseLogic.com with permission of the NATIONAL ASSOCIATION OF REALTORS® 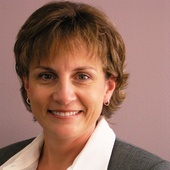