CHICAGO — Ron and Cheryl Schmalz think they know one reason the U.S. housing market is stuck. They just spent more than two years and created about 50 pounds' worth of paper trying to get a $300-per-month modification to their mortgage.

Nearly every month for the past two years, the Schmalzes received a warning from their mortgage holder, JP Morgan Chase, that the bank was about to foreclose on their home and that late fees were mercilessly piling up. Nearly every two months, the couple would dutifully fax in a pile of paperwork reminding the firm that they were participating in its loan modification program and making trial payments prescribed by the bank.

"We had 17 different relationship managers," said Ron Schmalz. "They just make you file the same papers again and again and again. And each time you get a new manager, you have to start over. The last time we thought we had a permanent modification, we got another call that said, 'Hi, I'm your new representative.' It makes you crazy."

There are many troubling clogs in the mortgage pipeline that are keeping the housing market stuck — lenders aren't lending; there are too many homes for sale; there's a lack of buyers because of poor employment prospects. But one critical clog is the limbo faced by homeowners who can't afford their full mortgage payments any longer but who could survive if their loans were refinanced or modified. In 2009, the Obama administration launched its Home Affordable Modification Program (HAMP), estimating it would help keep 5 million families in their home — and keep 4 million empty houses off the market, critical to the health of the housing market. At the same time, banks committed to continuing their similar, parallel proprietary modification processes.

Ron and Cheryl Schmalz look over the mountain of paperwork they amassed while trying to obtain a modification on their home mortgage.

The Schmalzes' odyssey is a window into the challenges faced by homeowners looking for help, by government regulators trying to prop up the failing market and by banks trying to pick the right bets among mortgage holders who might be able to pay some, but not all, of their monthly payments.

The Schmalz family has a happy ending. After two years of effort, the monthly payment on their Chicago-area home was reduced from about $1,175 a month to $861. It's not a free ride: Their original $90,000 mortgage is now a $98,000 mortgage, and the couple will make up for the lowered payments with additional payments on the end of the loan.

Still, the break the couple got in April represents the end of a nightmare that began in September 2008, when Ron lost his job in telecommunications and the couple told the bank it needed help. It's a Red Tape wrestling match that Ron Schmalz says can break the spirit of homeowners who might otherwise be able to ride out the rough employment market.

Right after losing his job, Ron Schmalz began working with Washington Mutual, the original mortgage holder, on the modification paperwork. By early 2009, it was clear the application was in trouble, as Chase's acquisition of Washington Mutual had thrown things into disarray. After a few rounds of resubmitting required tax forms, income statements and monthly budgets, the Schmalzes were denied.

Ron Schmalz had found a new job by then, albeit at a lower salary, and for a few months in 2009, the couple tried to keep up with their $1,100 payments. But then Cheryl lost her job, they missed a payment, and they resubmitted their application. Working with Chase's proprietary modification program, rather than the government's HAMP program, they were given a temporary modified payment around $800 per month. The couple says they dutifully made the new payments beginning in January 2010 and were told that within three months that Chase would decide whether the adjustment would be made permanent or rescinded, so either way, they could move on with their lives.

Letters saying "We are prepared to start foreclosure proceedings" arrived every month. Ironically, they all included instructions on how to enter a loan modification program.

Almost as frequently, the Schmalz family says, they were told they'd forgotten to submit a tax form or an income form, or that their file was incomplete, so no decision could be made. With nearly every conversation, there was a new "relationship manager."

"It's about obstacles. It's about what they placed in front of us to make this modification a reality. It made things very difficult," Ron said.

There's no way to know who's to blame for paperwork mishaps, but the Schmalzes brought quite an organized pile of documents and file folders with them to show a reporter.

"Things got so tense that we were at each other's throat, saying: 'Did you file this? Didn't you file that?' You know, sometimes blaming each other," said Cheryl. By that point, they'd fallen behind by $10,000, and "the tune of our conversations with Chase got nasty."

In the middle of 2010, the couple turned to Illinois Attorney General Lisa Madigan looking for help.

After a flurry of complaints dogged the various loan modification programs, Madigan's office had created a special division to deal with consumers facing the Schmalzes' plight. The agency gets about 200 calls per week to its mortgage help hotline, said Christine Nielsen, who heads the division. It brought on two full-time housing counselors to help homeowners submit loan modification requests to banks; still, she's seen the difficulty consumers have when working with banks. Despite a flurry of complaints about modification applications in late 2010, homeowners are still being left in the lurch.

"Consumers are still having a fair amount of difficulty getting answers from banks about their loan modification applications," she said. She said the Schmalz case was typical of the problems consumers are encountering, but some are much worse. One recent applicant was turned down for a modification by another bank (not Chase) because of a difference of $20 per month, she said.

Chase wouldn't discuss the specifics of the Schmalz case, other than to say the firm provided the family with a "special forbearance" in 2010 and a modification in 2011.

"In general, we need complete and current information from a customer to make a modification decision," a Chase spokesman said.

"Our nation continues to be in the grips of a home foreclosure crisis of unprecedented proportions. Meaningful loan modifications — ones that truly reduce a homeowner's payments to affordable levels — can save homes, yet people often face serious obstacles attempting to navigate the loan modification process on their own," Madigan said. "Resources provided by my office and other HUD-certified housing counselors can help people received a modification by ensuring banks comply with federal modification guidelines."

As the modification process drags out over months, or even years, it's easy to understand the problem facing both banks and consumers. Generally, banks are working off an affordability formula based on income. Financial circumstances change; applicants can and do lose or recover income after they submit an application, which requires a recalculation. That explains part of the delay faced by the Schmalz family.

Excessive delays, however, lead inevitably to such changes. A family that applies for help because of a loss of income will be working immediately to replace that income. That places them squarely in a catch-22 — success finding a job could lead to failure in a loan modification application or, more specifically, in the conversion of a temporary to a permanent modification. The delays leave the family in a perpetual state of uncertainty, with a pile of threatening bank letters rising. It also leaves the housing market in uncertainty — no one knows how many trial modifications will ultimately be rejected, with the likely outcome that the owners will lose their home and the house will be thrust onto the already-saturated housing market. The most recent data on the administration's HAMP modifications show that only about one-third of 2 million modifications have been made permanent. Millions of other homeowners are engaged in proprietary bank modifications.

Even as the bills and foreclosure notices piled up last year, Nielsen's office told the Schmalzes to keep making their trial modification payment in order to demonstrate their ability to satisfy the lowered obligation. Finally, in April, the Schmalzes got the good news they'd been dreaming about.

"Essentially, we got a refinance," Ron Schmalz said. "But they could have done this at Day 1 for us. We're not upset with the result; we're happy with it. We're just upset with the process. We just don't understand why it took this long."

That's the question nearly every observer of the housing market is asking about a potential recovery.

So sad, and so typical.

Several people I know have tried to do a loan mod, and were subsequently denied. They were told to try do a short sale instead. They don't want to sell --- they want to keep their home and are trying to do it by the book.

It is disgusting.  Karma is going to really see this through to the other side and I want a front row seat.

Curt, Even as a real estate professional, I have been unindated by requests from a bank for the same paperwork over and over and gone through many a "case manager" (some within hours of each other).  It is a frustrating situation.

It's past disgusting and so sad for the families stuck in this beauracratic nuthouse.  This article should be required reading in front of an witness for every member in Congress and the Administration. 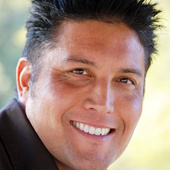