Home > Blogs > Marian Boveri > Marian Boveri's (mboveri) Blog
bookmark_borderbookmark
My love of Historic Homes goes back as far as I can remember.  On my block where I grew up was the old farmhouse to which all the land in the area had once belonged.  While I never had the opportunity to go inside, I was always intrigued by the woman who lived there (she was in her 80s when we moved in) and the stories her and her house must have had to tell.  I would walk by and wonder how the rooms looked, where the parlor was, what the staircase looked like–longing to go inside.  I got to peer in the door once as my friend and I spoke with the woman.  But as for the stories the house had to tell–they remained a mystery.   The house still stands on Niagara Avenue in Chicago.
I grew up, for the most part, in a Chicago bungalow.  There’s something special about these homes.  They certainly have their own character.  To this day I call the living room the front room–something my clients kind of look at me in bewilderment when I say it.
When I was growing up, the child of Irish immigrants, I had the opportunity to spend the better part of 3 summers in Ireland on my grandparents farm in a century-old cottage.  The first time we visited, there was no bathroom.  There was never a phone.  And, my grandmother still baked her soda bread over the open fire.
My father’s house was still standing then.  A primitive stone cottage 200-300 years’ old.  There was a poured concerete floor–but let me tell you when he was growing up it was dirt.  I would stand near the hearth and try to imagine the lives of the people who had lived there.  I saw many simple homes when I was there and I could feel the history whenever I had the privilege to be invited in as a guest. I have always been intrigued by how people lived in the past and the nearest thing we have to seeing or experiencing this are the houses that remain from long ago.  They are treasures and testimonials to times’ past.  So, I hope that this love I have for how people lived and where people lived can become an adventure.  Hope you’ll stop by and visit from time to time and even share a story or two!
Until we meet again, may God hold you in the palm of His hand. (An old Irish blessing)
Like favorite_border
favorite_border 0
Re-Blog
repeat 0
bookmark_borderbookmark

Marian - what a nice story... It's nice to be able to look back and see where your roots began, and where your love of historic homes comes from. 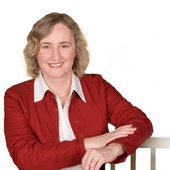