This is a repost to the outcome of the Economic Summit that took place in Santa Rosa, CA

SANTA ROSA — The pace of Sonoma County’s economic improvement will increase in the second half of this year and into 2012 with improvement in the state and national economy, according to an economist at a Sonoma County Economic Development Board conference this morning. “Our outlook is fairly optimistic,” said Steve Cochrane, Ph.D., of Moody’s Analytics to the sold-out crowd at the Hyatt Vineyard Creek Hotel & Spa. Sonoma County is in economic recovery and fairing better than other California counties in terms of job growth and industrial production, but key metrics of housing starts and home prices, which is a measure of household wealth, had little or no growth, he said. He’s projecting 10,500 more jobs in the county from 2011 through 2013: 3,000 this year, 3,500 next year and 4,000 in 2013. But it could take a decade to replace the more than 20,000 jobs lost since the peak in 2007, Dr. Cochrane said. Following encouraging annual job growth seen late last year, job growth for the first four months of 2011 were “very weak,” according to his 53-page forecast, titled “Reasons for Optimism.” Job gains in education, health care and retail were almost offset by manufacturer layoffs. The county’s jobless rate, at 9.4 percent in May, won’t fall below 9 percent until mid-2012, Dr. Cochrane predicted. The housing market will not reach bottom in Sonoma County until 2012, he predicted. Overall prices will decline until that point, and mortgage delinquency and foreclosure rates will slowly fall too but still “remain close to record-high levels.” Parallel to a continued yet slower slip in home prices, the housing affordability index, which gauges the percentage of residents able to afford a median-price home, was near a record high in the first quarter of this year, Dr. Cochrane observed. Factors helping the long-term recovery of the local housing industry are population growth, reduction of household debt and income growth. After virtually newly transplanted residents in the county for several years after the dot-com recession 10 years ago, net migration has been positive since 2006.

In essence, Sonoma County economic outlook is somewhat still in trouble waters. What this area needs are new employers that will create employment and decrease the unemployment rate. New manufacturing, technology, bio-techs, and industrial companies from the Southbay, Eastbay, and even Southern California can benefit in the County. With a highly skilled workforce, this eager workforce can put the hard work companies require. A vast industrial and office vacancies are available at their choosing. The folks at Keegan and Coppin Co., Inc. are a great source and help to accomplish the needs and requirements. Give me a call at 707.528.1400 x 104 for more info.

This is probably pretty much the way things will sort out over the next year or so.  The media and the upcoming election can change things in a hurry so look for volatility and continual changes.

I am a pro business and free commerce kind of guy. However, I care more about the people the workforce that is in this country rather than the profit margin of Multinational Companies that takes labor overseas. What this country needs is to put our foot down and not let our jobs get shipped to other countries. What these candidates for this coming election needs to realize its American employment or not! They are running for the office of the presidency in the United States and not some 3rd world country. We need to tend to our national duties first before we feed and employ the rest of the world.

In a smaller nutshell, local governance needs to stop putting restrictions in their ordinances. Businesses need less of a hassle trying to operate and function within that city or county. In order for municipalities to provide social services and fund its programs it needs to be pro business. Business will be able to hire, expand and operate. Which leads to private individuals having source of income to purchase wants and needs. It's a simple Economic 101. 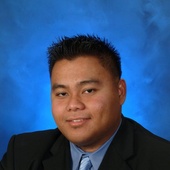