Paying It Forward-Kodak Kiask Confusion. Earlier today I was at the Kodak Kiask in CVS trying to print a few pictures. I really was under a time crunch and had hoped to get in and out very quickly. Having used the kiask many times before I was flying through making my prints in a matter of minutes just as I had planned. All of a sudden right as I was about to finish I hear the sweetest little voice behind me say, "excuse me, can I use this machine to make prints of these photos?" I turned around and the cutest lady was standing there with four pictures in her hand. Instantly I realized what I had to do. I told her that my photos would be done in just a moment and I would be happy to show her how to work the machine. And that's exactly what I did. I asked her what she wanted done with the photos and she said she was trying to make copies to send to her neices in Australia. She held up one of the photos, points at one of the young ladies, and says "believe it or not I looked just like her at that age," with the cutuest grin on her face and the most tender giggle.

I didn't exactly have time to walk her through the odds and ends of the machine. They can be quite complicated, actually, but she didn't seem to mind that I just took over the process for her. We chatted as I made her copies and I asked what part of Australia her nieces lived in. Sydney. I in turn told her how Drew and I had traveled to Sydney and that it and Melbourne were some of our favorite places we've been. She told me she was scared of planes so she hasn't been before. "Were you scared of being on the place that long when you went?" she asked. "Well, we actually sailed there on a boat believe it or not." I thought she was going to pass out.

Long story short, 10 extra minutes in the store and I was able to help this lady get something done that probably would have taken her an hour or more to figure out on her own. I thought about giving her a business card as I was about to walk away but I figured...nope. This is Paying It Forward.

Marge, That was very kind of you to actually process her prints for her. You Paid it Forward for a nice deed, and got it done very quickly too.

Margie, Yes it was an extra 10 minutes for you, but you did good ~ It doesn't have to take much effort to make someone else's day go a little easier ~ Nicely done! 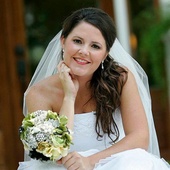