As much as it sounds like common sense, the first thing you should do to start writing is to actually write. I hear a lot of people say, “But it’s all in my head; I’ll write it down later.” This is usually not a successful tactic. A good way to force yourself into converting thoughts into words is to free write. Begin by taking pen in hand and setting a finite period of time—four or five minutes is a good start. Start writing and don’t let the pen stop moving; don’t edit your thoughts and don’t worry about grammar or spelling. At the end of your set time, assess what you have written. Chances are much is not usable, but there is always a glimmer of an idea there. Take that idea and repeat free writing until you feel that your idea is developed enough for a rough draft.

I keep a pad in the car and listen to Bloomberg Radio or National Public Radio. Flipping back and forth I get ideas from both sides of the spectrum.

I keep a pad of paper everywhere as ideas pop up that I want to share. Nice blog. 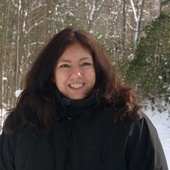