11 years ago today I was lucky girl in Minneapolis filming  HGTV's "Decorating Cents."  I woke up this morning and realized what an amazing milestone this was for my Interior Redesign & Home Staging Business! - Reinventing Space

I had just moved back to Chicago two weeks prior, and was so excited that had been given the opportunity to showcase my work on national TV and benefit my newly relocated business.  Along with fellow redesigner Jackie Davis,we had been asked by our design organization the IADA to participate in the filming.  At that time our association did all the "Interior Arrangement/No Cost Decorating" segments for the show.

HGTV was just a budding cable channel and the production company Edelman Productions filmed many (and still does) many of the shows and "Decorating Cents" was their hit #1 HGTV show - So I felt very honored that I was filming.

We had just a blast over the next 4 days and although coached and counseled by Redesigners that had already preceded us, we were in for a big surprise on what went on behind the scenes of filming a TV show. Out little 5 minute segment took 8 hours to film.  From the hailed "Lighting Guy," that was by far the most important factor of setting the scene, to the segment producer Tara that ran things like a ballet choreographer, to the "Guys" on staff that moved, schlepped and carried all and any of the heavy furniture and accessories that we were Redesigning - To this day, I wish I had those guys on hand at all my makeovers.  From how to light a room, to how a space is seen on camera, to how to act and appear on camera,  I've carried what I learned those four days in everyone one of my projects and speaking engagements.

I also learned that people didn't buy clearance Cashmere sweaters there and who the singer Pink was, because she was staying in our hotel.

Jackie and I just exchanged emails this am and promised to dig through our photo archives to find the pictures and VHS videos of our segments.  After 11 years,  I have still held in memory my mantle Issue lines:

"Although this fireplace is large in stature, its mantle depth is narrow, which causes a real dilemma when accessorizing it.  Let me show you what I did..."

So, thanks HGTV for giving me the opportunity 11 years ago!  Fast forward to 2011, and you can see my work on another HGTV show "My First Place" this Friday, July 8th  at 6pm. And since 2000, I've appeared on numerous Chicago-area TV segments from ABC, CLTV to WGN, and have two local cable shows I film every month - Who would of know?

Since 1999, interior stylist Julea Joseph has owned Chicago area based interiors and home staging business - Reinventing Space. Your can see her work on HGTV or in the news giving homeowners expert insight on how to refresh, style and celebrate their space -Whether staging their home to go on the market, just settling in, or just in need of a change.

Julea also offers her expertise with mentoring and certification educational offerings to Realtors, Home Stagers and Interior Redesigners in the industry. Visit her site, JULEA.com or Interior Stylist Program. For more information or email her at Julea@Julea.com.

Show All Comments
Maria Tobin
Staged For Success - Huntersville, NC
ASP, IAHSP
I loved that show Julea and, particularly, that segment. I look forward to seeing you on "My First Place".
Like
Joanna Cohlan
Fresh Eyes For Your Home - Chappaqua, NY
Designing, Decorating & Staging Westchester Homes

I enjoy reading your advice and responses on Linked In and I look forward to seeing you on My First Place!  Thank you for your generosity!

Julea -- You've done the staging and design world proud!  You should write a book about your experiences -- Let me know when it's published so I can get a copy  :-)

Here's the funny thing about "Decorating Cents," I wonder how many people took training or decided on a new career because of that show?

Maria, I know, see above!

Joanna, I was speaking to another stager yesterday that needed my advice that is on Linkedin too - Love that site.

Shar - I love Minni, last time I film "Decorating Cents" I was in Duluth - Beautiful! Learned about wild rice harvesting and saw the famous conjoined twins in the airport getting yelled at by their Mother!

Like
Julia Maher
Nestings: Connecticut Home Staging and Model Homes - Fairfield, CT
Connecticut Home Stager
...why not try for "Design Star"? I feel as if you are one...
Like
Julea Joseph
Reinventing Space - Chicago, IL
Julea Joseph House Stager - Reinventing Space
Sorry, that show gives me the creeps.
Like
Sharon Parisi
United Real Estate Dallas - Dallas, TX
Dallas Homes
We never know where life is going to take us! That's what makes it so exciting!
Like
chevron_left
Older Post
Back to Top
Newer Post
chevron_right
Rainer
103,040 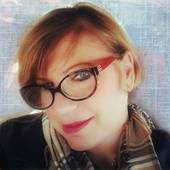