Winding its way through the heart of Dallas, Turtle Creek beckons residents and visitors to its serene shores, manicured parks, gentle paths and neighborhood events. For nearly 100 years, the scenic, parklike neighborhood has been a center of activity and development, and the support it has received from Dallas and the residents who call the area home serves as an example of what can be accomplished through civic pride and leadership.

The neighborhood is also home to many luxurious high-rises. Some of the best known are 3525 Turtle Creek, a mid-century modern building designed by Howard Meyer; The Mansion Residence, at 2801 Turtle Creek, one of the city’s most exclusive addresses; and The Goldcrest at 3601 Turtle Creek, which was built in 1964 and features a modern design by architect George Dahl.

Also popular with upscale Dallas homebuyers are the pocket neighborhoods of single-family homes along Turtle Creek and the Katy Trail. The trail, which was the home of an abandoned railroad route, is now a haven for exercise enthusiasts. It connects several well-known Dallas neighborhoods and provides a major recreational amenity for urban dwellers. The Katy Trail has also been responsible for an upsurge in property values in the area.

To learn more about Turtle Creek, as well as other niche neighborhoods in Dallas, I encourage you to visit my Web site at www.DPMfineHomes.com. Once there you’ll discover beautiful photos of luxurious Dallas neighborhoods and some of the most beautiful homes currently for sale in the United States.

Hi Dave, I used to live in Turtle Creek in the late 80's and early 90's. It is a very beautiful place to live, take walks, and enjoy the upscale shops and restaurants. We used to frequent the legendary Starck Club. Dont know if it's still around or not. I now live in Sunny California but I will always have fond memories Turtle Creek. Thanks for your post. 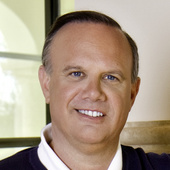