RISMEDIA, July 8, 2011-Most Americans still believe that owning a home is a solid financial decision, and a majority of renters aspire to homeownership as a long-term goal. According to the 2011 National Housing Pulse Survey released recently by the National Association of REALTORS®, 72 percent of renters surveyed said owning a home is a top priority for their future, up from 63 percent in 2010.

Seven in 10 Americans also agreed that buying a home is a good financial decision while almost two-thirds said now is a good time to purchase a home. The annual survey, which measures how affordable housing issues affect consumers, also found that more than three quarters of renters (77 percent) said they would be less likely to buy a home if they were required to put down a 20 percent down payment on the home, and a strong majority (71 percent) believe a 20 percent down payment requirement could have a negative impact on the housing market.

"Despite the economic setbacks Americans have experienced in today's current climate, it is clear that a strong majority still believe in homeownership and aspire to own a home," says NAR President Ron Phipps. "However, achieving the dream of homeownership will become increasingly difficult for buyers if they are required to make a 20 percent down payment, which may be a reality for many of tomorrow's buyers if a proposed Qualified Residential Mortgage rule is adopted. That is why REALTORS® are strongly urging regulators to go back to the drawing board on the proposed rule."

Defining the QRM rule is important because it will determine the types of mortgages that will generally be available to borrowers in the future. As currently proposed, borrowers with less than 20 percent down will have to choose between higher fees and rates today-up to 3 percentage points more-or a 9-14 year delay while they save up the necessary down payment.

Over half-51 percent-of self-described "working class" homeowners as well as younger non-college graduates (51 percent), African Americans (57 percent) and Hispanics (50 percent) who currently own their homes reported that a 20 percent down payment would have prevented them from becoming homeowners.

Pulse surveys for the past eight years have consistently reported that having enough money for a down payment and closing costs are top obstacles that make housing unaffordable for Americans. Eighty-two percent of respondents cited these as the top obstacle, followed by having confidence in one's job security.

The survey also found respondents were adamantly against eliminating the mortgage interest deduction. Two-thirds of Americans oppose eliminating the tax benefit, while 73 percent believe eliminating the MID will have a negative impact on the housing market as well as the overall economy.

"The MID facilitates homeownership by reducing the carrying costs of owning a home, and it makes a real difference to hard-working American families," says Phipps. "Homeownership offers not only social benefits, but also long-term value for families, communities and the nation's economy. We need to make sure that any changes to current programs or incentives don't jeopardize our collective futures."

When asked why homeownership matters to them, respondents cited stability and safety as the top reason. Long-term economic reasons such as building equity followed closely behind. On a local level, respondents said neighbors falling behind on their mortgages and the drop in home values were top concerns. Foreclosures also continue to remain a large concern, with almost half of those surveyed citing the issue as a problem in their area.

The 2011 National Housing Pulse Survey is conducted by American Strategies and Myers Research & Strategic Services for NAR's Housing Opportunity Program. The telephone survey polled 1,250 adults nationwide, with an oversample of interviews of those living in the 25 most populous metropolitan statistical areas. The study has a margin of error of plus or minus 3.1 percentage points.

Information about NAR is available at www.realtor.org.

RISMedia welcomes your questions and comments. Send your e-mail to: realestatemagazinefeedback@rismedia.com. 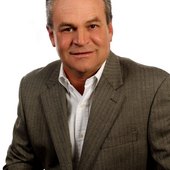