State Surgeon General Frank Farmer and the Department of Health have temporarily suspended a new requirement in the state's sweeping pill mill law that requires health care providers use an approved counterfeit proof prescription pad when prescribing drugs such as oxycodone.

The move was taken following concern from patients and doctors statewide that pharmacies have refused to fill prescriptions for controlled substances because the prescriptions were not written on approved pads.

"Once we began learning of the unintended consequences to law-abiding doctors and patients with legitimate health care needs, we knew we needed to take action to prevent substantial injury or harm to patients," stated Farmer in a prepared statement. "Issuing the supplemental order, provides practitioners the time needed to order the necessary prescription pads to ensure public safety over the long term."

In amending his emergency order to suspend the prescription pad requirement until August 29th, Farmer noted that the Department of Health has published an approved list of vendors on its website from which health care providers can purchase the new prescription pads.

"As a licensed practitioner myself, I understand the complexities of running a medical practice," stated Farmer. "But in the interest of public health and safety to stop the abuse of prescription drugs, I urge all of Florida's licensed health care practitioners to visit DOH's website and order the counterfeit proof prescription pads."

General Farmer declared last week that a "state of emergency" existed due to the prescription drug crisis in Florida. The order stressed that the department planned to identify those practitioners who had purchased more than 2,000 units of controlled substances in the previous six months.

The order also stated that pain clinics had until July 3rd to open their doors for inspection during regular business hours. In a statewide compliance operation earlier this week, over 105,000 prescription drug pills were confiscated at 24 different locations.

"Earlier this year, I made a promise to crack down on pill mills and stomp this scourge out of our state," said Governor Rick Scott in a statement. "By shutting down pill mills, we are saving lives and making our communities safer places to live." 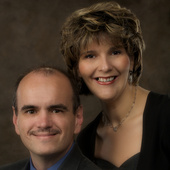