Stunned!! The only way to describe what we saw at 8:30 when the BLS employment report was released, mouths dropped, words were hard to come by with one of the weakest monthly employment reports in over a year. Non-farm jobs, expected up 100K were up just 18K; private sector jobs expected up 125K, up just 57K. It wasn't just June data; May non-farm jobs were revised frm +54K to +29K and April jobs lower by 4K frm what what was originally released. The jobs were the weakest since Sept 2010. The unemployment rate, expected unchanged at 9.1%, increased to 9.2%, the highest since Dec 2010. Average hourly earnings -0.1%, normally up 0.2% a month. No matter how the report is spun when Pres Obama speaks at 10:35; this is a very serious blow to the view that the economy is improving and has turned markets upside down.

Until the report this morning the rate markets were decidedly bearish and equity markets were looking for the economy to rebound. Our outlook was for rates to edge a little higher with the 10 yr note likely to climb to 3.25% before the selling would abate. With this report that forecast is dashed, at least in the near term. Employment reports are always market movers as is the case today, however the data for June has really rattled markets more so than usual. Markets are going to take more than a day or two to wrestle with the deeper meaning for the economic outlook and whether we are headed into a double dip recession. While that is an extreme view, nevertheless May and June job growth (+47K in 2 months) won't be dismissed and forecasts of growth will likely be revised lower.

The bond and mortgage market outlook, bearish until 8:30, have shaken off all of the optimistic economic estimates. What was is no longer. Without job growth the economy cannot grow, stocks are going to be weak today and early next week. The 10 yr note will test 3.00% today and Monday. While the data today shocked everyone, it will take sometime to sift out the longer term meaning. Look for some to argue that May and June were just big bumps in the road to recovery and stronger growth; the bullish views on the economy won't die easily. Market volatility will likely remain at very high levels.

Although the employment situation as reported has caused many to re-consider their outlook for economic growth, what the Fed might do, what Congress might do, and where interest rates will trade now; the resolution will take time. We still believe the 10 yr note will have difficulty holding under 3.00% as we noted previously. Next week Treasury will auction a total of $66B, the first auctions since the end of QE 2, $21B of the total of 10 yr notes. Two weeks ago Treasury auctions met with weaker demand than had been the case for over a year. How the auctions go will be major test. 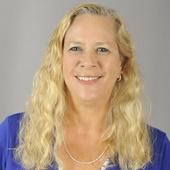