365 things to do in Worcester County - learn what's so special about Ashburnham.

There is a little town way up north, in the northern most reaches of Northern Worcester County called Ashburnham.  Driving through the area, if you blink, you will most likely find yourself in New Hampshire, so don't blink.

Ashburnham is the unofficial "snow Capital" of Worcester County.  I say this because approximately 140 inches of snow fell in the winter of 1994.  Ashburnham is also famous for it's summers as the population of this little town doubles with influx of tourists who want to enjoy Ashburnham's lakes and ponds.

Other interesting facts is that the Ashburnham State Forest is part of the Mid-State Trail.  Historical fact: Early settlers incorporated the town in 1765 and requested the name of Ashfield.  But the Governor named the town after his good friend, the Second Earl of Ashburnham.  And the settlers didn't object and today, Ashbrunham is the only town of that name in the World.

I really enjoyed telling you a little about this great little town (40 square miles) and now you too can make this one of your 365 things to do in Worcester County - learn what's so special about Ashburnham. 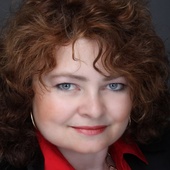