I studied music composition with Lockrem Johnson back in the 1970’s and I fondly remember and cherish to this day a story he once told. Back in the early 40’s he was an up and coming composer and studying with George McKay at the University of Washington.

Bela Bartok, one of the great composers of the 20th century was in town and George McKay introduced him to Lockrem. As the story goes, George asked Bela, “and what advice might you have for this aspiring young composer?”

Bartok replied...
“Sit down, get started, and keep it simple.” 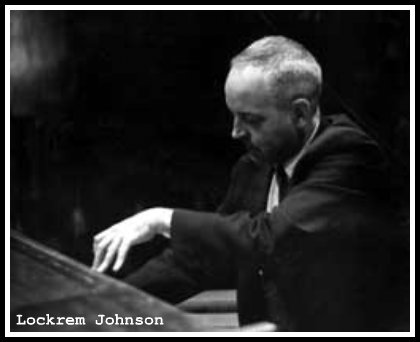 In 2000 I found a book titled, The Eighth Lively Art: Conversations with Painters, Poets, Musicians, and the Wicked Witch of the West, by Wesley Weher. Wesley was a student of Lockrem’s in the late 40's and told a similar story about Bartok’s advice to a group of student composers at the University as, “Keep your music simple! Don’t try to say everything at once.”

I'm thinking a little artistic license was probably used in both versions, but none the less they're both great advice for starting any creative process. If I’ve learned anything in life, it’s to trust the process (especially when I'm doubting it). You never know when an idea will occur, or exactly what it will be. But if your mind is open you’ll accept what the universe has to offer you and run with it.

Post Script...
Dell Wade, a gifted composer and friend of mine would head up to Lockrem’s house in Lake Forest Park most Saturdays and spend the better part of the day studying composition, listening to music, and helping out with everything from housework to paperwork for his publishing company, Puget Music Publications.

Lockrem had an amazing sense of humor. He loved telling stories, guess it games, and practical jokes. I remember one day we were playing 'guess what Beethoven Sonata this is?' and he'd only play the 1st note. Good times, great memories. I'll have to do so more writing about Lockrem.

Groups:
Active Rain Book Club
POSITIVE ATTITUDE for the Weary Soul
The Lounge at Active Rain
Travelers In The Rain

Agreed! That quote can be applied to many different things in life.

Rene - I'm with you on this one all the way. 100%  Being a musician myself it is always the way to go. Keep it simple. Truer words were never spoken. You just never know what can come from a "simple" idea. Well said.

Rene' what a great quote, and I am glad you were inspired to blog about it and I will try to implement the message in my life. BTW I am sure you know Bartok was another Hungarian:)

Hi Robert: Thanks for stopping by... Funny how simple is such a challenge sometimes. To me, simple is more enduring in a way. Yet, Bartok's music, which I adore, can be very intricate. I love his use of golden section. I studied him in depth while in college.

Hi Endre: Indeed, another Hungarian! I love the fact that Bartok used themes based on old melodies from folk music, yet the architecture of his compositions, especially in his later years, was strictly based on schemes of proportion like golden section, fractals. Hungary has such a wealth of musical talent... like Erno Dohnanyi, Antal Dorati, Zoltan Kodaly, Gyorgy Ligeti, Franz Liszt, Eugene Ormandy, Georg Solti...

What a beautiful post.  I love orchestras, classical music . . . but sadly not very up on the who's who.  Kinda like wine . . . I drink it, I know what I like  white (dry), but couldn't tell my Chardonnay from a Pinot.  Love the sage advice, and the P.S. with the one note . . . challenging!  (Remember that TV "Name that Tune"?  He was definately on to something!!)

Very well crafted post. I love studying the creative process, and find the advice of these masters of their crafts to be inspiring.

WOW René, 40 years ago. Did you do anything with this wonderful interest? I expect it really has you appreciating the music arts as well as other art forms with a true sense of appreciation.

This is a great way to think of blogging when you start, keep it simple, take your time to get your message across.

Carla: You crack me up... we're a lot alike! Another blog I should write is the one about starting out in rock, then playing country music (which I made more money at than anything I ever did) and as my interests grew and I became more serious about music and fell in love with contemporary music, the orchestra, the piano... the less money I made... so that's how I ended up in title ;O)

William: I started my professional music career at the ripe old age of 15 1/2 when I joined the musicians union, local 360. I played clubs for a few years when I hooked up with Paula Johnson, daughter of Bonnie Guitar. I worked with them for a couple of years as a song writer, guitarist, studio arranger, etc. Besides playing a lot of gigs I especially loved the studio sessions and we cut an album in Nashville in 1969. The album didn't do so well but a few songs did okay on the charts.

I then ended up at Green River Com. College and got into big band jazz. I did a lot of writing and arranging for the band and won a couple of national awards. While studying there I became really interested in contemporary composers like Bela Bartok, Igor Stravinsky, Aaron Copeland, Frank Martin, Leonard Bernstein, John Cage, Claude Debussy, Maurice Ravel, Terry Riley, Elliott Carter, etc. etc.

This is when I knew I really needed guidance and found Lockrem Johnson. We became great friends. He was an absolutely brilliant musician and composer and one of the most generous, funny, kind, and helpful people I've ever known. I ended up teaching music for a couple of years at Green River College, then I went to Cornish Institute in Seattle for my BA and taught there for a few years also. I was very much into the contemporary music scene in Seattle and the West Coast and did a lot of composing and performing. I won a grant in 1983 to do graduate work and attended the Center for Contemporary Music at Mills College in Oakland, CA (1983-1984).

I entered the title biz in 84 and stopped performing live in the 90's... I still love to compose and enjoy playing my piano and guitar as much as I can. Presently, I'm working on a piece for piano and string orchestra.

Todd: I really think so too, especially if you're like me... I tend to go too far out there and include everything in the whole world about everything!

Rene, so with all those Hungarians, I missed the boat, I just love good music, can not sing or carry a tune for the life of me, not even military cadence:)

Endre: Just keep loving good music! Kinda like the tree that falls in the forest, if there isn't anyone to listen to it, does it really exist?

"Sit Down, Get Started and Keep It Simple", that is really good advise and helpful for anyone in a rut.  I'm actually doing really good right now but I will remember that phrase for the rest of my life.  That is very powerful stuff.  Thanks

Thanks Steve... it's saved my butt many times when I have brain freeze or paralysis through over analyzing life the universe and everything.