Why Is Investing In Land A Good Idea?

Think about this for a while. Have you heard of the cities that are growing so rapidly that they are called ‘Boom-burgs'? Have you recently considered the fact that the population of the United States grew over 13% from 1990 to 2000 and many other countries are rising much faster?

Why have I told you all of this? I am trying to show you that the demand for land is increasing at an insane rate. The problem is that we only have so much land to use.

Let's compare land to a collectible baseball card. If a collectible company produced only 100,000 baseball cards of certain player who, three years later, becomes wildly popular, the demand for that collectible would increase. Since there is a finite supply of those collectibles (100,000), the price would go through the roof.

This is the basic principle of supply and demand and it is a very important concept if you are thinking about investing in land. As more and more people are added to the world's population the demand for land is going to keep rising. But since there is a finite supply of land, meaning we can not make any more, the price of land has no where to go but up!

There are all kinds of investments that you can make, but one of the best investments around is raw land. This may be a new term to you, but that's okay, by the time you get done reading this article, you'll have a firm grasp of the basics.

Raw land is a broad term for unused or undeveloped land. To start investing in raw land, you will need to know what to look for, and an agent that specializes in raw land sales is the kind of person you'll want to talk to.

Land investing is not something that every real estate agent will be an expert at so you really should not be working with the same person who helped you purchase your home. When investing in land, you need an agent who talks to officials of the city as often as land owners.

This is because you need to know a lot about the basics of raw land investing before jumping into it. For instance, do you know if city utilities will be able to reach your lot? Of course since it's never been developed, you won't know unless you have someone to help you out, like an agent with special knowledge.

But not everyone buys land with the plan of building a house. Many people purchase raw land to hold onto until a later time. The great thing about investing in land and especially raw land investing, is that involves one of the few, if not the only asset, that becomes more valuable over time. This is known as appreciation.

Hi Jhohn, Thanks for your informative post. I had not really thought of that very much.

Thanks for the comment, This is a good way to think of it!. 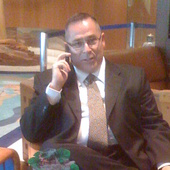 about 11 years ago
bookmark_borderbookmark
Don't Fall for This get Rich Quick.
View more Recent Posts   arrow_forwards