My friend John posted this....our dear Rodney is very much a part of our FAMILY and I couldn't agree more to this.  Thanks, John for posting!

I just read on SFGate.com that new research published by the American Psychological Association (APA) shows that pets are also important sources of social and emotional support for "everyday people."

Well, knock me over with a feather!

Just take a look at the following photo of my 3 Chows. You see Love, Carefree Happiness and Caring all in one photo. Doesn't need a scientific study.... Indeed they are! Thank you for re blogging for us!

I already know all about the benefits of pet ownership.  Thanks for bringing this to the attention of the AR members.  I might want to add that dogs have much more benefit than cats so please keep that in mind when shopping for a new pet.

We love you Mom and there is something in the bushes that smells GOOD and makes NOISE!

Hi Karen,  My Brandy is family to us, she is a sheltie, as a pup she drove me to drink, so that is how she got her name.  Now she is my buddy.

You are most welcome SaraMana...Thank you!

Hi Doug...glad you enjoyed this article from John.  Our Rodney is definitely a spoiled part of our family!

Morning Wallace!  Handsome buddies you got there!

Hi Will!  We had a yellow lab growing up named Brandy.  I think she drove my dad to drink too!  ;-)

Thanks Karen! Now Rico, Kevin and Ponche will be famous!

Karen - I've never been a small animal guy, was raised on a ranch, surrounded by cows and horses all day.  However, over the last 4 months I have been almost jonesing to get a dog....can't explain it.  Then I watched "Marley & Me" this weekend, now getting a dog is nearly an obsession.  With three kids under 5, I have no time to train a dog....but I can't.....stop.....thinking....about it.  LOL!  Nice repost.
All best,
Jason

Having a pet is wonderful.  They really do become part of the family.  I'm going to look forward to an upcoming post from you introducing the new pooch! 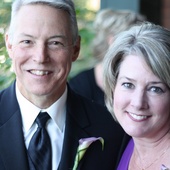