Lake Balboa is a great place to call home for many first time homebuyers, young couples and families for many reasons.

The history of the area dates back to the World War II era.  The homes were built originally for the burgeoning demand for starter homes for returning GI's from Europe and the Pacific.  Many of the homes were built by the Army Corps of Engineers in the area.  Birmingham Charter and the adjacent schools were a military hospital back then.

Most of the homes were built with 2" white oak flooring that was brought in from New Orleans.  Most of the bathrooms and kitchen in their original state had built in cabinets with tile shower and bathroom stall consisting of 4"x4" tiles in variations of white, yellow, light green, pink, burgundy and/or a combination of two colors with tile trim.  Solid homes built to last.

Not to say many homes in the area have been remodeled or additional square footage added and updates to fit the tastes of current buyers and  homeowners, you will still see many homes in their original state with the original hardwood flooring which is a big plus for most buyers.  Nothing better than pulling up carpeting to find buried treasure of true craftsmanship hiding below.  Hardwood floors were standard when the homes were built, carpeting was the fad that caught on in the 60's and 70's to now  hardwood flooring is considered a bonus by most.

The Lake Balboa Recreation & Parks Center is truly the central park of the San Fernando Valley.  On any given day, there is something going on.  Three golf courses, a new baseball complex, skate parks, dog parks, farmers market, tennis courts, basketball, bike trails, lakes, fishing, remote controlled airplane park, archery range, there is something for everyone to do.

What to do on Sunday?  How about a nice stroll on the bike paths, fishing at the lake, a round of tennis or golf, kayaking in the lake or how about a barbeque with some family under a shady set of sycamore trees?

Lake Balboa is experiencing a Rennaissance and is taking a turn in the right direction.

Birmingham is now a charter school, there is a Farmer's Market every Sunday, an active and dedicated neighborhood council, close poximity to recreation and parks experiencing a renewed interest and appreciation for being our Central Park of the San Fernando Valley, close to shopping and dining, near Encino and Sherman Oaks, close to the 405/101 Freeway and major public transportation routes like the Orange Line, affordable home prices and a great place to buy your first home.

My wife and I moved here to be closer to work and all the amenities at such a value relative to other areas.  Not only do I endorse the area, but my family and I live here too. 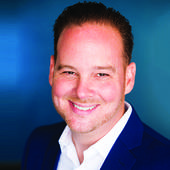