I have repeatedly read posts by other members of Point2 web community that I should subscribe to Active Rain. I have checked it out many times but until recently I never tried to join. When I finally tried to sign up I was surprised to find out that it was a North American Network only.  I was disapointed since I currently work overseas, so I had to sign on using my last address in Virginia (I hope I don't get nixed for this reason).  In a fast changing world where people move around from country to country for many reasons, should we not include a section for international real estate?  Since I began my company in Cyprus in April of this year, I have recieved two clients from the U.S. who want to list their properties with me and I even sold my first home to an American Cypriot family. The world is getting smaller everyday and changes are occuring much faster than we can imagine. After all there are 150,000 Americans a couple hours away from here in Iraq - maybe some of their families would like to own a home close by.

Does anyone else agee about going international?

Smack dab in the middle of the USA out here in Iowa the International part would not do much more than add more buttons and clutter to the site.  Maybe a separate site like www.activerainoverseas.com would be better.

I agree completely about AR going international!  Just like yourself, the Bahamas was not a selection choice for me so I had to put Fort Lauderdale, Florida (but I'm really in Treasure Cay, Abaco, bahamas).  I would love a better means to network on AR with other international agents.

Thanks for comments. I think that even in Iowa it could be useful, for example: My English neighbor here heard he could get inexpensive real estate in TX and is interested even though he has never even been to the US but would consider purchasing if he could get a home with land. If it were advertised more over here he would more actively pursue it.

Like
Carrie Ann Higgs
Branson House Realty - Branson, MO
Your Key To The Ozarks
Thanks for your comments Cleo! I had no idea you would be so far away, that is great! I hear soon congress is trying to pass new laws for Realtors to sell in other areas (that are not their own) among other things that need to change. I think if we stick through this "rough" market the sky is the limit later on...best wishes.
Like
Karen Hurst
RICOASTALLIVING.COM - Warwick, RI
Rhode Island Waterfront!

Welcome to Active Rain, Cleo! I would love to see AR go global and maybe it will, by osmosis if people like yourself keep joining. I saw your comment on Laurie Mannys fire in California blog and came over here to see where you were from. 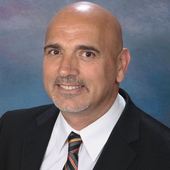