Here's some interesting quotes I ran across basically warning us what is assured to happen in our situation:

“The things that will destroy America are peace at any price,
prosperity at any cost, safety first instead of duty first,
the love of soft living, and the get-rich-quick theory of life.”THEODORE ROOSEVELT

WE CONTINUE TO SPEND BILLIONS AND BILLIONS ON BAILOUTS  FOR THIS EXACT REASON.

"The democracy will cease to exist when you take away from those who are willing to work and give to those who would not." - THOMAS JEFFERSON

THE ONLY WORK THAT A HUGE PERCENTAGE OF AMERICANS PREFORM IS THE PAPER-WORK REQUIRED TO RECEIVE MORE GOVERNMENT MONEY AND MOST COMPLAIN ABOUT HAVING TO DO THAT WORK. NON-PRODUCTIVE AMERICANS LIVING AND RAISING WELFARE FAMILIES AT THE EXPENSE OF THE GOVERNMENT HAS LONG BEEN "THE AMERICAN WAY"

"Some people think the Federal Reserve Banks are the United States
government's institutions. They are not government institutions. They
are private credit monopolies which prey upon the people of the United
States for the benefit of themselves and their foreign swindlers."
- Congressional Record 12595-12603 June 10, 1932

THE FEDERAL RESERVE IS A PRIVATE COMPANY OWNED BY POWERFUL BUISNESSMEN WHO ARE ACCOUNTABLE TO KNOW ONE AND WHOSE SOLE PURPOSE IS TO OBTAIN PERSONAL WEALTH. ALLOWING SUCH A SYSTEM TO MANAGE THE ENTIRE COUNTRIES FINANCIAL SYSTEM RENDERS OUR ENTIRE DEMOCRACY AND CONSTITUTION USELESS.

Whenever destroyers appear among men, they start by destroying money, for money is men's protection, and the base of a moral existence.
Ayn Rand

THE FEDERAL RESERVE DESIGNED THE SYSTEM OF INFLATION AN DEFLATION TO 110% GUARANTEE THEIR CONTINUED PERSONAL PROSPERITY AT THE COST OF OUR COUNTRIES GUARANTEED DESTRUCTION.

The end of democracy and defeat of the American Revolution will occur when government falls into the hands of the lending institutions and moneyed incorporation's. The Bank of the United States is one of the most deadly hostilities existing against the principles and form of our Constitution. The system of banking is a blot [defect] left in [unsolved by, and unfortunately tolerated by] all our Constitutions [state and federal], which if not covered [eventually solved and revoked] will end in their destruction. I sincerely believe that banking institutions are more dangerous than standing armies; and that the principle of spending money to be paid by posterity is but swindling futurity [on the greatest possible scale].
THOMAS JEFFERSON

DEMOCRACY AN DEFEAT OF THE AMERICAN WAY OF LIFE HAS BEEN ACCOMPLISHED.

If the American people ever allow banks to issue their currency, first by inflation and then by deflation [by having to maintain a vital circulation by perpetually re-borrowing principal and interest as subsequent sums of debt, increased perpetually so much as periodic interest], the banks and [bank owned] corporations which will grow up around them will deprive the people of all property, until their children wake homeless on the continent their fathers conquered.
SIR JOSIAH STAMP, FORMER PRESIDENT OF THE BANK OF ENGLAND

"Banking was conceived in iniquity, and born in sin. Bankers own the earth. Take it away from them, but leave them the power to create money, and with the flick of a pen, they will create enough money to buy it back again. Take this great power away from them, and all great fortunes like mine will disappear. And, they ought to disappear, for then this would be a better and happier world to live in. But if you want to continue to be the slaves of the bankers, and pay the cost of your own slavery, then let bankers continue to create money, and control credit."
ABRAHAM LINCOLN

I have two great enemies, the Southern Army in front of me and the bankers in the rear. Of the two, the one at my rear is my greatest foe. [As a further undesirable consequence of the war...] Corporations have been enthroned, and an era of corruption in high places will follow. The money power of the country will endeavor to prolong its reign by working upon the prejudices of the people until the wealth is aggregated in the hands of a few, and the Republic is destroyed." ABRAHAM LINCOLN

Brandon - Yes, but tell us what you really think--hehe.  I think this great Country will stand despite the foolishness of our government.

Andrew Jackson was the only president and the last that kept the United States out of debt. 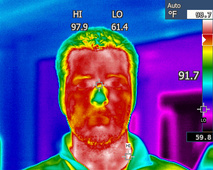