From the desk of Barb Crea,

Yesterday, our underwriter walked in to my office and asked me if I knew when interest rates had last been at 7.0% or higher.  As it happens, I have been keeping track of interest rates since the early 80's.  The answer:  March 2002.

Given the stalemate in Washington over the budget, and the current debt ceiling, I thought it might be important to issue a pointed warning today that these incredibly low interest rates may soon rise.

In fact, if an agreement is not reached soon, it may be too late to do what is necessary to avoid a technical default by the United States government(us) on our debt.  We will all get to participate in the consequences.

Per Ben Bernanke, "Clearly, if we went so far as to default on the debt, it would be a major crisis because the Treasury security is viewed as the safest and most liquid security in the world," Bernanke said, indicating such an event would raise interest rates and send shockwaves rippling through the entire global system."

"U.S. lawmakers got another stern warning from a leading credit rating agency on Thursday that there is now a very real possibility that the country's top-notch credit rating could be downgraded in the next three months.

Standard & Poors said in a statement it was placing the United States' sovereign rating on ‘CreditWatch with negative implications'.

A downgrade of U.S. credit would mean interest rates on U.S. bonds would go up. And it could have ramifications across global markets because U.S. bonds are considered the world's safe haven investment." By Jeanne Sahadi @CNNMoney July 14, 2011: 9:19 PM ET

Increasing the debt ceiling would allow us to avoid a default on US Bonds.  That might help us to avoid short term dire consequences.    However, over the long term it doesn't solve the problem of deficit spending.  Failure to reach a budget agreement with a long term deficit reduction plan, essentially means we are living beyond our means.  If the credit rating agencies don't see a meaningful plan to move in the right direction, they would downgrade our credit rating as a nation.  That will cause interest rates to rise and potentially significantly.

There is still a chance that a reasoned comprimise to resolving our budget and deficit issues will be achieved.  The closer we get to August 2nd without passing a budget and an increase in the debt ceiling, the more likely investors are to start paying attention and pricing in the risk of default to interest rates.

For those who can't afford the risk, my advice would be to lock in now.     -Barb Crea

Hi Barb, Thanks for sharing & Congratulations on your 1st post. Welcome to activerain, if you upgrade to rainmaker, your blog will be open to the public. visit  http://activerain.com/blogsview/1999491/activerain-university-training-calendar  you can join up to 5 groups for your post.  Members at AR are very friendly and helpful; I learned alot about blogging and SEO. I wish you good luck.

Barb - Welcome to AR community, and congratulation on your first blog. I look forward reading your blogs.

Barb, Welcome to the Rain! Active Rain is a great place to share your knowledge, expertise and thoughts, as well as network and learn so much from the vast pool of talent already onboard.

Barb...welcome to ActiveRain. I see you already had the first blog up & running already. Look forward to more posts from you :-)

Welcome to ActiveRain.  You will find that it is a fun, challenging and worthwhile place to be.  Be sure to the the class at ActiveRain University as Kwee mentioned.  They will help a lot.  Good luck and enjoy.

Thank you for your kind words of encouragement.  I'm looking forward to learning more about ActiveRain. 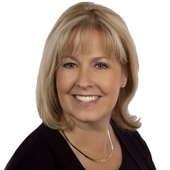