It would be really cool if I could say that I've always had an interest in houses and wanted to be a real estate agent when I grew up - but truthfully, it never crossed my mind. When I was a little girl, I wanted to be a Teacher, a Movie Star or a Singer.

My ideas of a future career varied as I got older.  When I got into my pre-teen years, I thought perhaps I could be a Veterinarian. Which is really surprising when you take into consideration that I grew up with a vicious miniature poodle, I still have scars from his bites. I thought I would like to help animals, but someone pointed out that I would also have to put them to sleep. That and the cost of college just removed the option of becoming a veterinarian.

In high school, I took "office education" and was a great typist. Our "office education" class, had A COMPUTER that I was able to use and it got me interested in using computers. I graduated from high school in 1984, destined to work in an office somewhere. But my high school job of working in a pharmacy, stocking shelves, cleaning and making deliveries - was making some changes. They were converting everything over to a computer. I stayed on longer, was given more responsibilities and called a Pharmacist Assistant, I toyed with the idea of going to college to become a pharmacist. But then something horrible happened that changed my mind in a hurry, we were robbed at gunpoint. That was the end of that!!

I went on to work in the accounting department of a department store, a safe office job. And eventually was able to get a job as a Secretary with the State of Ohio, another safe office job! In the eight years I worked for the State, my husband and I had two children. I desperately wanted to stay home with my kids and August of 1996, when my daughter was 5 and my son was 2, I quit my job to just be a mom and do Home Childcare. Being a mom is a job I always wanted and I hated leaving them with a sitter every day.

After two years of being a Stay At Home Mom and Childcare Provider, and my daughter had just finished the First Grade, I believed that her teacher tried her best to knock my daughter off of the pedestal that I'd put her upon. (Don't we all do that to our kids?) So I decided I would homeschool my children!

Homeschooling is definitely not for everyone and it was definitely not for us! We actually attempted it for 3 years before I put the kids in public school!! In that 3 years, we met a lot of other homeschooling families - one of which the parents were real estate agents. This was honestly, the first time I'd ever given real estate a thought. It sure appeared that this family was living a good life and of course I wanted that for my family.

So, why I chose real estate? To make the big bucks!! What a laugh! Little did I know that before you can make any "big bucks", you have to SPEND BIG BUCKS! (It turns out that my friends, were in debt up to their eyeballs and have since had this catch up to them.)

Right after I got my license in 2001, I realized this wasn't going to be a cake walk, I was going to have to lay out some money and give it time if I was going to make it work. I told myself I had to stay in it for a minimum of 5 years before I could call it a failure.

After 5 years, I wasn't doing too bad, I wasn't getting rich, but I was enjoying my job and I was doing it well. At that point I decided, there would be no failure - this is my career, my job, and I like it and can do it well - this is when I CHOSE REAL ESTATE. I'm still not getting rich, but I do at least make more than I spend. I enjoy meeting people and getting to know them, that's why so many of my clients become my friends. I enjoyed reading your post. Wish you success. Here's to the next ten years !

Cheers to you for hanging in there!!!  I think all of us will be only that much stronger for going through a rough economy!!!     We can do it ...and thankfully we have the support of others in Active Rain!!!

Great story Tracie. Kudos for you for hanging in there and knowing that it takes time to build a strong business. As long as you are enjoying what you are doing, and making more than you spend. I would say that you have made a good solid choice. Best Wishes to your next 10 years.

BTW, I just found out about this contest today.

You were smart to "give" yourself five years - that's really an investment in yourself and your business.  When the market turns, you'll be on top.

Gita, Thank you for stopping by, reading and commenting.  I glad you enjoyed the read.

Deborah, that's what I'm thinking, if we can stick with it when times are tough, it will be a breeze when the market turns around.

Jerry, I like contests, it pushes me to think and write about something I might not have otherwise.  Are you planning to write your story?

Julia, I don't even remember how I came up with the 5 year plan, but it worked out.

Thanks everyone for stopping by and commenting, I hope you're going to write your story as well.  I'll watch for them!

Rainers better.  Do you think you may have used your pent up frustration from those poodle bites when you were growing up, when you decided to groom your own dog???  (sorry, but I had to copy and paste this photo you left on my mind bender.)

OMG Dawn, I guess I forgot to mention in my "Why I Chose Real Estate" blog, that I also dabbled in dog grooming.  This is my most favorite of all dogs we've ever had, she would never bite anyone and totally didn't deserve this horrible haircut.  Although, when she escaped a few weeks later, it made it a lot easier to find & identify her. Just look for the lion/siberian husky!

Tracie, I do hope your next ten, or maybe even twenty years, will be good ones! 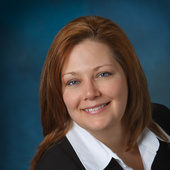