What makes a home worth what it’s worth?

If you’re the person buying an $85 million mansion, that question is probably currently running through your mind over and over again.

Today it was announced that The Manor, a world-famous palatial estate built by entertainment moguls Aaron and Candy Spelling, just sold for a mind-blowing $85 million.

That’s 134 million Brazilian reals. Or 3.8 billion Indian rupees. Or…well, you get the idea.

Hearing that a house – which, at the end of the day, is just a hollow box where people eat, live, and sleep – is somehow worth $85 million makes many of us average Americans scratch our heads and wonder why.

What, exactly, makes a home worth what it’s worth?

Well, it doesn’t hurt that the home is a pretty nice one. The Manor is a 57,000 square-foot castle of a home containing somewhere in the neighborhood of 123 rooms (we’re not sure; even the builders probably lost count), 27 bathrooms, a beauty salon, “gift-wrapping” rooms, and even a bowling alley. (And not the plastic type you had as a kid – the real deal.) The garage – bigger than most normal homes – has room for 100 vehicles. The double staircase in the entryway of the home was inspired by the movie Gone With the Wind. Throw in a professionally-manicured monster of a back yard and you have an extremely lavish and luxurious place to hang your hat.

Not too shabby, although having a map to navigate your 123-room home probably gets frustrating.

Another major reason is the location. You’ve probably heard that in real estate, location is everything. In the posh, upscale neighborhood of Holmby Hills, the location is as prime as it gets. Holmby Hills is bordered by ritzy Beverly Hills and Westwood and is among the most desired private real estate in the world, much less the state. Even in Los Angeles – a city built on exclusive, highly-prized living arrangements – Holmby Hills is a cut above.

And of course, the glamour and fame of the mansion cannot be understated. The Manor is, after all, the Spelling mansion, the glorious estate of the late Aaron Spelling, creator of “Beverly Hills 90210”, “Melrose Place”, “7th Heaven”, and other notable television series and big picture works. He and his wife Candy were known for their high-profile lifestyle and extravagant abode, and for years, their home was considered the center of Los Angeles royalty.

So it’s really no surprise, after reviewing all of that, why the $85 million purchase by a 22 year-old Russian heiress Petra Ecclestone set a record for home sales in California. After all, who wouldn’t make that purchase?

Here are a few fun ways to compare the purchase price of The Manor to things we everyday Americans understand.

$85 million stacked up in $100 bills would form a tower of cash approximately 304.5 feet tall. Placed end to end, these bills would stretch for 82.3 miles. If Ms. Ecclestone paid in cash, the entire amount would weigh 1,872 pounds – which is 75% of the weight of one Toyota Camry. (We hope she writes a check.)

In the end, a home is worth as much as someone is willing to pay for it. We’ll leave the mansion to its new billionaire owner and just hope she invites us to spend a night or two there.

Great write up!  Love it!!!  It will be interesting to keep an eye on this one to see how the Spellings do.  I wonder if they're staying in the area... 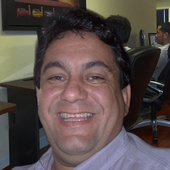