The goal of this blog is to underline the importance of a complete researching of homes  in rural areas.

I have personal experience that provides some concrete evidence on the importance of this function in a real estate transcation.

Here is the story...

Long, long time ago (is that the start of some song?)  my wife and i purchased our first home in Tallmadge Township, Michigan.  This township is west of Grand Rapids, relatively unknown and  positioned between Allendale and Walker Michigan.

We were quite young and naive and the purchase was the classic fell in love with the house, was on the size lot were seeking and and low property taxes.  "Let's buy it"

The sales process was standard and  the offer was made and accepted, there was a closing and we were the new home owners!

Our move in was done with few problems and we (my wife and I) set up our first house together.

The glaring, obvious lack of research prior the purchase of the home was apparent from almost the first day.

1.  The fuel tank.  The home was on gas but prior to this conversion the owners had used oil stored in  a tank about 12-15 feet away from a wall of the house.  We had read in the title search that there was a tank but really just signed off the addenda.  Little did we now that the tank would have to removed or filled with sand and the soil checked for contamination.  About $300.00 later we had this problem solved.

2. The next surprise came with a knock on our door.  The very polite gentlemen was from the Michigan DNR and he informed us that he was doing an inspection on the property.  Wait a minute  you can't come on our property invited.  Yes they could.  We had a trout stream that ran on the edge of the propertyand was DNR monitored.  Any time they deemed it appropriate they could enter our land unannounced.

3. The third surprise was also with the DNR,  any significant changes to the property within 100(?) feet of the stream would have to be approved by the DNR.  I was going to fill in an empty creek bed but my neighbor alerted me that it was a type of runoff if the steam overflowed, which no one could remember if it ever doing, and that the  the DNR would give me a hefty fine.  There was no filling in of of the dry creek bed.

4. Here is another one. One day  i heard voices coming from the area near the stream.    I quickly ran to the area and saw two men in the water fishing!  They had walked the bank from a distance and were now in the water casting for the big trout.  Needless to say I was very upset at this trespassing on my property and let them know this quite emphatically.  There was a vague "We are exercising our Riparian rights". There was no idea in my mind what they were talking about.  So I investigated and saw that they may have had a case, the interpretation of this right was pretty loose and could be interpreted a number of different ways.

5.  A non-legal event that showed our in-experience in a home purchase was with the well. When my wife took her first bath t this home there was panicked yell from the upstairs bathroom that something was wrong with the water.  I dashed into the bathroom and discovered that the water coming our of the faucet was the color of beer/urine/gasoline.  Being the ultimate handyman (not) it was very clear to me that a filter must need to be changed.  The very largefFilter was changed and no clearing of the water.  Well again after really nosing around it was determined that the land sits on  an empty oil field.  To raise the oil for removal companies would pump thousands of  gallons of salt water into the ground.  This action caused the salt water to be the primary source for all the potable water.  Even after the installation of an elaborate filter system the water never was that good.

6. Easements.  Our buyers agent (the ethics of this person is another blog) let us know about there being easements but that the property was ours and not to worry, so we just forgot about this issue.  Well there was an easement but it was for 3 other homes.  Essentially all the driveways were entered via our property.  Well this did restrict my developing some of the land but oh well i could live with it.  After a few  months our attorney called and let us know that in his opinion we should block the driveways once per year to signify that all the driveways were on our land.  He stated that if we did not do this that the land under the driveways could be acquired by the other landowners.  Well we had very fine neighbors and so there was never a problem but it always kind of hung over our heads the fragile state of our landholdings.

7.  Another problem that we dodged in regards to our innocence in legal matters was again with the driveways.  When we moved into the home all the driveway's were gravel. A neighbor of ours was really into expensive cars and did not appreciate the stones from the driveways.hitting his vehicles.  To counter this negative feature of the driveways, he asked and was given my verbal approval to grade and put down an asphalt driveway. Oh boy, sounded great to me a new driveway and he pays for all the costs.  Well after it was completed the question was now that he had paid for all the costs who owned the asphalt in the driveway?  Is asphalt a permanent improvement?  Did it become some sort of secondary easement?  Was it my responsibility to now plow every ones driveway?  Again we had great neighbors so there was no problem but we were very lucky.

8. The layout of he land was done quite haphazardly and after all the homes were finished the parcels were quite confusing.  In addition to the other driveways crossing our land two of the homes were built less then 10' from the lot line. Their driveways also enclosed completely parts of the land  was owned by us.   There were few areas of our parcel that I would need to trespass to enter. There were stone walls and patios and also one well that intruded  onto our land.  Was this a miss in the tile search or had there just been an agreement with the previous owners to not say anything?  The other homes had been built prior to a number of changes to the ownership and configuration of the lots.  Was this land  near their home supposed to be owned by me or  now owned by them?

9. A very real hazard that was unknown until after the purchase of the home was the traffic.  The house was about 1/2 mile off of Lake Michigan Drive.  Prior to acquiring the home we had made a number of trips on the weekend to the property and the traffic was medium but  not that busy.  The entry to Lake Michigan Drive from our driveway was at the bottom of a long hill with two lanes of traffic from the west and two lanes of traffic down to one lane from the east.  My first day of leaving for work was a nightmare.  As I pulled up and was getting ready to merge onto lake Michigan Drive I looked to the east and saw an uncountable number of cars and trucks barrelling down Lake Michigan Drive at 70 to 75 miles per hour.  What could be wrong?  Was there some sort of mass exodus from Grand Rapids.  Lo and behold, there was really no problem in Grand Rapids, as stated earlier our house was positioned near Allendale which is home to Grand Valley State University.     Lake Michigan Drive is the only access from Grand Rapids to Allendale within miles and GVSU was  a commuter college  10 to 12 thousand students were coming and going to school every day.  The drive during these times was absolutely terrifying.  We were in a number of accidents.  The noise from the traffic was also noted to be very annoying.

Since this home we have lived on Vancouver Island in Parksville Canada and in Maple Valley, WA, needles to say after all the curves that were generated by the first purchase a lot more information was demanded  prior to any real estate transactions.

The personal examples could legally be interpreted in many ways but they do show the high risk of not performing a solid investigation prior to a purchase. 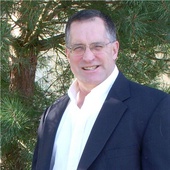