Did you know that the fiscal year for Japanese companies ends in March? Do you care? You should... if you want the best deal on a new television for your home theater system.

That's because new models and products are scheduled for release at the beginning of the new fiscal year - which for Japanese electronics companies is April. And the release of the new models means... you guessed it...huge discounts on the previous year's models. So if you're shopping for a television, stereo or other electronics, your best bet is to watch for sales in spring. 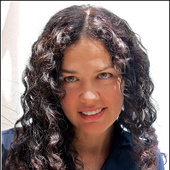