The following news regarding interest rates was released by the Bank of Canada today.  Basically, the point is that their outlook for the markets in Canada is one that is of the opinion that things are on track, or close to on track.  Adjusting the interest rate is one of the tools that the Government can use via the Bank of Canada to manipulate the economy, financial markets, and the mortgage market.  When they want to slow things down they simply raise rates slightly.

Of course right now the economic stresses of the USA and Europe are creating lots of turmoil and uncertainty around the globe, so the stability of the Bank of Canada is very important.

How does this affect you?

If you are shopping for a mortgage, you should see the rates stabilize a little, possible drop a little on the shorter mortgage terms.  Rates will not remain at these levels forever, and once it appears that the low rates are history, it will be a good time to consider locking into a longer term.  Not yet, but soon it will be sunset for these great rates. Bank of Canada maintains overnight rate target at 1 per cent

OTTAWA, July 19, 2011 /CNW/ - The Bank of Canada today announced that it is maintaining its target for the overnight rate at 1 per cent. The Bank Rate is correspondingly 1 1/4 per cent and the deposit rate is 3/4 per cent.

The global economic expansion is proceeding broadly as projected in the Bank's April Monetary Policy Report (MPR), with modest growth in major advanced economies and robust expansions in emerging economies. The U.S. economy has grown at a slower pace than expected and continues to be restrained by the consolidation of household balance sheets and slow growth in employment. While growth in core Europe has been stronger than expected, necessary fiscal austerity measures in a number of countries will restrain growth over the projection horizon. The Japanese economy has begun to recover from the disasters that struck in March, although the level of economic activity in that country will remain below previous expectations. In contrast, growth in emerging-market economies, particularly China, remains very strong. As a consequence, commodity prices are expected to remain at elevated levels, following recent declines. These high prices, combined with persistent excess demand in major emerging-market economies, are contributing to broader global inflationary pressures.  Widespread concerns over sovereign debt have increased risk aversion and volatility in financial markets.

Following an anticipated slowdown in growth during the second quarter due to temporary supply chain disruptions and the impact of higher energy prices on consumption, the Bank expects growth in Canada to re-accelerate in the second half of 2011. Over the projection horizon, business investment is expected to remain strong, household spending to grow more in line with disposable income, and net exports to become more supportive of growth. Relative to the April projection, growth in household spending is now projected to be slightly firmer, reflecting higher household income, and net exports to be slightly weaker, reflecting more subdued U.S. activity. Overall, the Bank projects the economy will expand by 2.8 per cent in 2011, 2.6 per cent in 2012, and 2.1 per cent in 2013, returning to capacity in the middle of 2012.

The Bank's projection assumes that authorities are able to contain the ongoing European sovereign debt crisis, although there are clear risks around this outcome.

Reflecting all of these factors, the Bank has decided to maintain the target for the overnight rate at 1 per cent. To the extent that the expansion continues and the current material excess supply in the economy is gradually absorbed, some of the considerable monetary policy stimulus currently in place will be withdrawn, consistent with achieving the 2 per cent inflation target. Such reduction would need to be carefully considered.

A full update of the Bank's outlook for the economy and inflation, including risks to the projection, will be published in the MPR on 20 July 2011. The next scheduled date for announcing the overnight rate target is 7 September 2011. 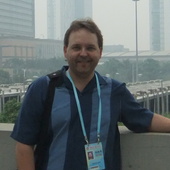