Excellent blog post by a fellow Active Rain member.  Too good to NOT share.  I think he does a great job illustrating how legislating with good intentions can result in big problems.  Enjoy!

Item: The Senate passed a measure late yesterday evening to ensure that buyers of homes have their rights to "Housing with Dignity." The act's precepts include the right to an home in "compliance" and other minimal, basic housing rights, or to have a renumeration for the purchase of homes not in conformity to the proposed bill, which goes to the House on Friday.

Entitled "Deserving Everything Updated For A Song" (DUEFAS), the intention of the bill is to reverse owner bias against buyers seeking affordable housing. A groundbreaking piece of legislation, the bill, if signed into law, will mandate that all homes sold the contiguous 48 states, Hawaii and Alaska have granite and stainless steel kitchens, bathrooms of marble, basements that are hermetically sealed from moisture of any kind, floor carpeting devoid of any odor a bloodhound could detect, household appliances that run in molecular silence from at a minimum distance of 5 feet, at least two walk in closets, and "gleaming" hardwood floors. An earlier measure mandating crown molding and chair rail failed after the wainscoting coalition of the Midwest threatened to filibuster. The bill's preamble statement condemning Formica as a plot to kill middle class America was also removed.

Considered an important measure for buyer protection by Senate Democrats, the bill mandates up to a a 33 1/3% discount for all buyers buying a home not in compliance with the new requirements, as well as a price control disallowing any list price more than 1% above the median for that census tract, or a an amount equal to what a buyer's relative would recommend so long as they have bought a home once in the past 26.5 years, or have a comb over, hairnet, or exposed buttock in normal bending over, whichever is lower.

In related news, the Republican controlled House of Representatives passed the Feaux Equity Aid Statute (FEqAS), geared toward the protection of seller's interest in their primary life investment. Deemed the Republicans' answer to the Democrat "attack on ownership," the bill proposes certain inalienable protections for owners, including these highlights:

The Senate is not expected to confirm the House measure without some modification, and speaker of the House, Eric Cantor, gave the Senate's measure "a mouse's chance in a cathouse, and I know cathouses," rebuke when asked if the bill would pass in the House.
When asked for his reaction to the two meaures after a press appearance on the wars in Iraq and Afghanistan, President Obama hesitated, then walked behind the curtain after an uninteligible remark that contained the word "monastary."
The National Assembly of Realty (NAR) president, Hugh O'Strich had a slightly different opinion of the two seemingly contradictory bills, hailing the "proactiveness of elected officials in partnership with private enterprise to be the catalyst for out of the box paradigms," then broke into a rendition of "Kumbaya" sung to the tune of the Star Spangled Banner, which is actually quite hard to pull off.

Memorial Day 2011: Giving Back to a Veteran in Need

All content/images, unless noted, are the property of J. Philip Faranda & may not be used without permission

Very funny.  Cantor is VERY folksy as we tend to be in Virginia.  I don't LIKE granite counter tops - too cold and hard to take car of. 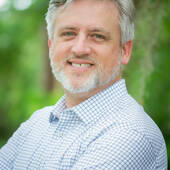