extra, extra read all about it, the truth about the housing market!!!

John Mulkey wrote a post called What if the housing market has already recovered? that is essentially about the present state of the housing market as being the new normal. I do agree with him to some extent in the the lost equity theory, but rather than being lost forever I believe it will take some time to recover. I am in complete disagreement on this being the "new normal" based on several points:

1. What we are going through now is cyclical and happens approximately every 8-12 years on average and typically lasts 2-5 years. Some cycles are more pronounced and last longer than others, but the market ultimately corrects itself and comes back stronger than before. Granted this cycle is unusually long and unusually deep so it may take considerably longer to recover, but will come back at some point when we least expect it.

I believe it will come back in volume close to pre 2006 levels in the not too distant future just based on the birth death ratios that translates to we are a growing population and living longer and as such require housing. Once the employment situation is corrected, it will act as a catalyst. But values will take considerably longer as they were well above what they should have logically been during the last boom. 2. I think the most prevalent factor in home purchase is employment. If you compare the two charts you will see a direct correlation. As unemployment spikes, housing values drop as a direct result of volume. Most people will not commit to a such a large, long term financial outlay when they're not certain about their employment situation even when they are employed. Given the level of competition in the jobs market I would think most folks are not feeling very comfortable about their jobs right about now and are working very hard to maintain it.  Would you buy a house unless your job was secure?

3. Economic and political uncertainty plays a big part in people's minds. If you don't know where the country is headed or where the economy is headed you will have many doubts about making a large financial commitment.

4. The media feeding negative information on in rapid fire succession about the housing market, looming financial disaster, political upheaval is enough to send most people running for cover. Add to that the constant negative news about the values dropping and industry "experts" touting values will continue to drop leaves potential buyers with the "I'll wait for the prices to drop" syndrome. Unfortunately, most average American consumers do not fully comprehend that the media sells fear and not news especially with the the new technologies we have today that bombards us incessantly from every direction all at once.

Put these factors together and you have recipe for a sideline consumer shaking in his boots regardless of the market conditions because he his too scared to see the truth about the housing market. We, the real estate professionals, all know that with the current interest rates, inventory levels and home values, there has never been a better time to buy. The smart investors see it and are buying, but they can only absorb so much. It's up to us to relay the positive points and change perceptions about home purchase in the consumer since no one else will do it.

Groups:
Active Rain Newbies
Almost Anything Goes
Mortgages
Posts to Localism
The Art Of Marketing You

Hi Ray,  Thanks for a very well written and presented post.  The combination of job uncertainty and political infighting surely keeps lots of buyers out of the maket.

Nice post Ray. I think we have at least 7yrs before we start to see any meaningful price appreciation. Case/Schiller index is tomorrow.

Bill - Absolutely, but it's up to us to change perceptions.

John - It will be some time before price appreciation, but volume will improve far before. 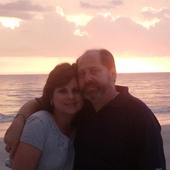