While doing some research on the lingering causes of our National Debt I found out the Bureau of the Public Debt announced last week that it will no longer issue paper bonds starting next year and is moving to electronic bonds that are automatically redeemed when they mature.  More than $16 billion in unredeemed Savings Bonds are circulating and no longer earning interest.

The bondholders, us, our parents and grandparents, haven't redeemed matured bonds. Many were most likely lost over the years, or they may be stuffed in an envelope in dresser drawers and not opened in decades.  I imagine a good many were sold through estate sales and possibly in collector’s hands and floating around on eBay.

The government still owes over $50,000 from its first bonds issued in 1790, which was authorized by George Washington’s administration and used to pay off Revolutionary War debt.  Owners of bonds also have never collected on issues to fund the Louisiana Purchase and the War of 1812.  I seriously doubt these will ever be collected and they will remain on the books as debt forever.

Our National Debt has Been Growing Since 1790

Terry, I guess some are worth more on Ebay!

these are some interesting charts from the CBO

Andrea, you may be right, and Daniel I like your charts. 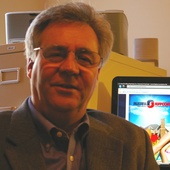