Russia is a wonderful tourist destination. Cultural hotspots, UNESCO world heritage sites, world famous theaters and museums, and manmade attractions are all available aplenty in this great country. Most people make their way to the better known tourist destinations of Russia - Saint Petersburg and Moscow – the former and the current capital of the country.

However, if you are in the mood to explore something out of the ordinary, here are some of the less visited, but equally stunning natural wonders of this beautiful country. Be sure to make space for them in your itinerary, if planning a trip to Russia. You’ll have a story worth telling ten times over when you get back home.

Although Lake Baikal is the second most voluminous lake in the world with Caspian Sea leading the ranks, it holds the esteemed first position for being the most voluminousfreshwater lake in the world. Its average depth is 744.4 m, or 2,442 ft, and it holds around 20% of the entire world’s freshwater supply. Further adding to its laurels, Baikal Lake also happens to be the oldest lake in the world, its age being estimated at more than 25 million years. Located south of Siberia, Baikal Lake is also referred to as the “Pearl of Siberia”. A veritable paradise for nature lovers Baikal is the natural habitat for more than 1,700 species of animals and plants, about 60% of which cannot be found anywhere else in the world.

Lena’s Stone Forests, also known as Lena’s Stone Pillars, is a stunning and awe-inspiring natural formation that is rather inaccessible to the average tourists. This incredible attraction that can leave you gaping in wonder also holds essential information related to the formation of the world. Fossil remains dating back to the Cambrian era have been found in this region, which have helped scientists unlock various secrets related to the evolution of life on this planet.

Reaching Lena’s Stone Forest is no mean feat. It’s a pretty hectic journey that takes approximately four days. In addition to a long flight from Moscow, you have to endure a 3-day long boat ride into the heart of Siberia accompanied by a local guide who knows the ins and outs of the terrain. Is it arduous? Yes. Is it worth it? Totally!

The Valley Of Geysers

The Valley of Geysers is considered the second largest concentration of geysers in the world and is only geyser field of its kind in Eurasia. Barely 6 km long, this basin has as many as ninety hot springs and geysers in it. It is located in Kronotsky Nature Preserve in the Kamchatka Peninsula, and it’s one of the very few places in the world that has naturally occurring geysers. Others include America’s Yellowstone National Park, Chile, New Zealand, and Iceland. Owing to its location in one of the remotest parts of Russia, the Valley of Geysers is extremely difficult to reach, and the only way in and out of the valley is by helicopters.

Located in the Troitsko-Pecherskiy area of the Komi Republic are the Columns of Erosion, which are also known as Manpupuner. They are considered amongst the most mysterious attractions of the world. Locals refer to them as the “7 Strong Men” even as scientists try to explain these gigantic tower-like structures - with heights that reach up to 42 meters - that seem to have sprouted out of nowhere on the flat plateau. The site is hard to reach but once again, totally worth your time as well as your effort.

Gorgeous pictures!  Thank you for sharing these!

those are some amazing pictures, nature at it's best, thanks for the post.

Good morning Faina. I was in Russia and the Baltics last year but never saw these sites. Makes me want to return. Just amazing and fabulous pictures.

I was born in Russia, but visited only one place out of all these mentioned in article. It was the Great Baikal Lake, and it was absolutely unforgettable.

Wow !!   Some great pictures !!!  Thanks for sharing some of the scenery in Russia

Russia is an amazing country that has a lot to offer both tourists and travelers. But getting there can be quite difficult, especially if you don't know what you're doing or how to do it right. One thing that can make your trip easier is having a valid visa before you leave, but how do I get one? I advise you to contact the specialists at https://www.russia-travel.com/visa-services/. With their help, you will find yourself on Lake Baikal in less than two weeks without the problems of bureaucracy. 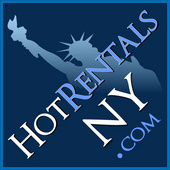