A man died and went to heaven. Waiting in line at St. Peter's gate, he noticed that there were people with wings of different shapes and sizes. Some had large, incredibly beautiful wings, while other people sported small, dinky, and somewhat dingy wings. "I wonder what they did on earth to deserve those puny wings?" he wondered aloud.

A man standing behind him whispered: "I understand that the wings you receive are based upon what you did in your past lifetime on earth. I was a bus driver, myself. I wonder what sort of wings I'll be getting?"

The first man shrugged his shoulders, and wished the bus driver well. The line for wings was rather long and by the time he finally met with St. Peter, he was visibly surprised when St. Peter presented him with a small, sad, dingy pair of wings. They looked like the smallest wings in heaven! Turning his head, he was surprised to see that the bus driver had received the largest, most beautiful wings in all of heaven.

"But...I don't get it, why am I getting these little wings?" he complained.

St. Peter only shrugged. "Your wings are based on the work you did while on earth."

"But that doesn't make sense! I was a Minister of God. I was the Pastor of a church," the man sputtered. "That man over there was a bus driver! And just look at his wings!"

"God works in mysterious ways, but there's always logic behind it," St. Peter explained. "You see, when you did your work in church nobody really listened or took action. But when that bus driver did his work, everybody prayed!"

Groups:
Jokes and Anything Fun Group 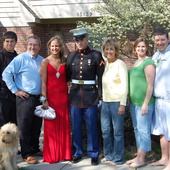