After many weeks, European leaders agreed on a financial package for Greece that featured favorable loan terms designed to slow Eurozone contagion, along with a built-in, 37 billion euro “haircut” for private-sector investors.

The accord pleased Wall Street. Equities rallied after the announcement. Mortgage bonds sank.

The interest rate spread between the Freddie Mac 30-year fixed rate and 5-year ARM is back near its all-time high.

This week, mortgage rates will be guided by Congress’s on-going U.S. debt ceiling debate. The United States government is expected reach its legal $14.294 trillion debt limit August 2, 2011. Congress must either vote to raise the debt ceiling, or take steps to reduce debt prior to August 2.

It’s unclear in which direction Congress will vote. Therefore, mortgage rates may be erratic until a deal is reached. If the debt limit is raised, expect mortgage rates to rise. This is because carrying high levels of debt can devalue the U.S. dollar and mortgage bonds are less valuable as the dollar weakens.

On the other hand, if Congress votes to make cuts in the budget, mortgage rates should fall. This is because fewer treasury securities will be issued, creating fewer inflationary pressures on the U.S. economy. Inflation is linked to higher mortgage rates.

Mortgage rates remain low. By August 2, they could be much higher. 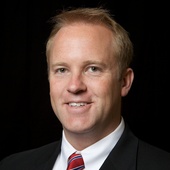