With nearly 32 million square feet of retail space and annual sales of $35 billion dollars Puerto Rico has become the undisputed Retail Mecca of the Caribbean.
There are three Super Regional Shopping Centers in Puerto Rico being Plaza las Américas the largest with 2.1 million square feet.  Plaza las Américas is responsible for annual contribution sales in excess of $300 million dollars to the local economy.

With a combined retail space in excess of  3 million square feet Wal-Mart has become the largest retail center in Puerto Rico.  Their combined sales (Wal-Mart, Sams and Amigo Supermarket) are estimated in over 3 billion dollars.  Wal-Mart continues expansion on the island with four new stores with an estimated capital investment of  $200 million dollars.

The Pharmacy segment is an aggressive one having Walgreens and CVS competing for new locations.  Walgreens is the leading brand with 108 locations and growing followed by CVS who announced that will open 25 locations within the next five years.

The retail sales per square foot in Puerto Rico is higher than those in USA since Puertoricans have a high level of consumerism.  Prove of this is that most of the important retail chains have their top sale stores located on the island.  Example of these are: Macys, J.C. Penney, Sears, Borders, Walgreens, Radio Shack, Sara, Mango and Home Depot.

Other companies that announced their entrance to the Puerto Rico market are Lowe’s, Target and Save a Lot.

Opportunities still available for QSR’s , Seating Restaurants and Retailers in the upper-middle and high-end segment of the industry. 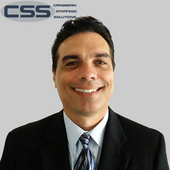