Point Loma or Pt. Loma is a seaside community in San Diego that has a great deal of historical significance.  Initially the gateway into San Diego used by Old World explorers, Point Loma is a peninsula that separates San Diego Bay from the Pacific Ocean.  Settled by early Portuguese settlers, Point Loma has a long and storied history as a commercial fishing power house.  This hilly peninsula is bordered by the I-8 freeway and San Diego River to the North, the Pacific Ocean to the West and South and San Diego Bay and Old Town to the East.

The residential side of Point Loma is where it really shines.  Consisting of brand new construction townhomes and single family residences to historic homes with rich history, Point Loma is home to some of the most expensive homes in San Diego.  Many of these homes have beautiful Bay or Ocean views.  This is a community that truly embraces its seaside heritage as it is intertwined with San Diego’s yachting and fishing industries.

Jennifer, Love your neighborhood snapshot of Point Loma - I imagine you have many different kinds of homes for sale within all kinds of price ranges. 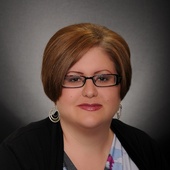 Real Estate: The Good, The Bad and The Ugly! This is a destination to explore ideas, concepts, thoughts and musings surrounding all things real estate.