Help for executors in Fairfield County CT. Repairing and preparing an estate property for sale. Sumps are something.

There is one item related to the repair and preparation of an estate that trumps mere aesthetic enhancements. WATER. if it is entering the home in an unwanted fashion, this will be a big problem for potential buyers. It can render huge swaths of otherwise functional storage space, utterly useless. I also creates a moldy, musty, uncomfortable area unsuitable for (most) human habitation. A veritable buggy breeding ground. Reminds me of my frat house back at the University of Maryland. Some of those bugs became lifelong friends of mine. Me and the millipedes still keep in touch via Facebook.

There are numerous things to be done to "passively" deal with the problem. Sloping the land gently away from the foundation, re-directing the flow of run-off via culverts and extended down spouts. I have even seen people planting willow trees in the yard to lower the water table near the home. Often this will suffice in abating the water problem. When it does not there is a  slightly more drastic measure that can deal with the situation. If you can't beat the influx of water, no matter what you have tried, then you must find a way to capture and remove it before it can render ones subterranean spaces suitable only for drunken fraternity boys and their insect friends. I have installed sump pump systems in the last two homes I have bought and lived in. The first one, in a home the seller swore that water had only entered once after a particularly fierce deluge of rain and wind lasting for 40 days and 40 nights. I saw the water stains in the basement, but being a trusting soul, I said how often does it rain like that. Only once or twice since Noah. One week after moving in the rain fell moderately and the basement flooded immediately.

After discarding an entire lifetimes worth of accumulated crap and other "stuff", now waterlogged and damaged beyond recognition, I called CT. Basement Systems. This is not intended to be an ad.for these fine people, they just happened to be the ones closest to me who could fix the problem. There are many other fine organizations just as wonderful as these guys.

We cleared out the space and "cracked the slab". This entails breaking the floor around the entire perimeter and digging down the foundation wall on the inside. Then it is filled with trap rock and a sloping perforated pipe that leads to the the sump well and pump that has also been dug into the floor. Water now is trapped well below the basement floor level, siphoned off, up  and sent on it's way to where it can do no further misdeeds to the basement. Add to this a battery back up system, so it continues to function even when the howling wind and rain has blacked out the town, and we are looking pretty smart right about now.

If you are selling an estate property that has a water incursion problem, fear not, for there is help repairing and preparing the estate for sale, no matter what the issue. This particular one we have dealt with more than once and,  know exactly what you need to make it better. A potential buyer and their inspector, will find the water issue. We can beat them to the punch and fix it before it becomes an issue that scares the buyer off.

Help for executors in Fairfield County CT. Repairing and preparing an estate property for sale. Sumps are something.

Tags:
sumps are something

Now your next post should be that ad for CT. Basement Systems. Make them one of your Power Partners!

Jim, You know, that is not at all a bad idea. Also, could you please tell Russel, thanks for the Meerkat motivation.

Peter, Jim is right bring them into your fold...storming water in a basement without sumps is deadly...great discussion.

Ginny, I have live through the nightmare end of water problems. In doing this it WILL all go away. I will contact them and see about a power partnership. They are good people, who do great work.

We have three sump pumps in our basement...we aren't taking any chances!

Sharon, In my new home in Wilton, we did not even hesitate. After closing and, before we moved in, we cracked the slab and installed redundant sump systems with battery back up power. Never again will I wade calf deep in my own basement. Russel, Camels are just so odd looking. It appears that his/her eye problem has cleared up though.

I came back looking for your Power Partners ad with CT. Basement Systems. I don’t see it……………….

Why do Russell and Jim want you to partner with Ct Basement Systems?   There are so many other companies out there also who are more reasonable and also do a great job.

I am a fan of redoing the drainage outside, including the footing drains - which a lot of contractors neglected to install in the 50s thru the 80s.. (cost cutting ).... Then the water never gets near your home.

Dagny, I believe it is their gentle but firm attempt to keep me on the path of blogging to prosperity. Clearly i have strayed a bit in the past month. I did say there are numerous other companies out there that can do a fine job with wet basement problems. I was speaking from experience, as I have used CT Basement in my last two homes. They did great work. Redoing the footing drains is another great way to keep the water out but if there are any established foundation plantings, that can be a tragic loss of plant life.

Jim, As you can see from Dagny's post, I may need to do some more research into the best value service provider in this area before I take that step. 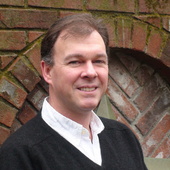 over 10 years ago
bookmark_borderbookmark
We help executors and trustees close down and clea...
View more Recent Posts   arrow_forwards

Observations from in and around Fairfield County CT, and any other areas of interest that may occur to us, as we assist our clients in preparing their properties to compete and sell in the local real estate market.