Staging an Acupuncture Office for a Video Shoot

On Sunday, I blogged about getting a last-minute call to help a friend stage her acupuncture office in preparation for a video shoot. Ultimately, that video will be a 60-second commercial that she will run on her website and elsewhere. It will introduce potential clients to her offices, as well as give them an idea of what acupuncture is all about.

With about 2 hours preparation time, which I spent looking at some spa websites online and then gathering anything I had on hand that read as spa-like, serene, and calming, we managed to achieve a better look for her office and one treatment room.

The office, where she has her initial consultation with her patients, was a bit cluttered and had a mix of decorative elements that had the eye jumping from thing to thing. In addition, the photo of the cat above the chair made a rather sinister first impression. We cleared the desk, removed all the little items from the window sill, and removed the photo of the cat. Borrowing some larger prints of flowers from another space, and creating a little vignette on the desk helped to create an atmosphere of calm serenity. Adding a fresh, flowering orchid to the window sill, along with some clear and blue glass stones to suggest the element of water, brought the eye up. Here are the before and after together: In the treatment room, there were enough objects to read as somewhat cluttered when viewed through a camera. We removed the lamp and chair, repositioned the rug so it's more centered in the room, and placed a buddha on the window sill. The position on the curtains is not ideal, but we needed to break up all the white in the room and introduce a sculptural element. The treatment table received crisp new pillowcases on the pillows, fresh towels, and a tray holding more of the clear and blue stones as well as three candles. Here are the treatment room before and after photos together: Here are some of the details in close up: The waiting room has a white couch and the table next to it originally had stacks of magazines. We removed most of those, leaving just 3, and placed another flowering orchid plant on the table behind them. The addition of this live plant gave a little color and interest against the white walls. A couple of bolster pillows or throw pillows would have helped, but we ran out of time. My client was so pleased with the result that we are now having a conversation about how her offices (she has 3!) can be updated with paint and new artwork to make them more appealing.

This was a fun, albeit brief, project. The total time staging, which included a trip to Home Depot for the orchids and some other flowering plants added to the outside of the building, came in at just 2 1/2 hours.

And then I was off to my little getaway with Herb.

Staging an Acupuncture Office for a Video Shoot

Hi Roger - Thank you! I would love to introduce some color and change out some of the artwork.

Very zen looking Judy - love what you did to make the spa more cozy and for lack of a better word, "spa-like". Great  job and I'm sure your friend is very happy she called you! Love the artword too!

I'd been looking forward to seeing your results, Judy - and they're wonderful!  Thanks goodness the cat is gone - if you're not a cat person, that could be unwelcoming.  Centering the rug probably will have a lot of impact on the psyche as well.

You stage like you write.  Clear and uncluttered and very relaxed.

Hi Kristine - Thank you! That's exactly what I was going for. It will be great if I can do a bit more with her offices, as I think some color, texture and new artwork will really help.

Hi Julie - Thanks very much! I found that cat very off-putting, I have to say. Centering the rug really had an impact on me, I can tell you. It was trying to creep up the wall on the right originally, which was pretty tension-producing.

Hi Liz - What a delightful compliment! Thanks very much for that.

Judy, such a beautiful transformation! Very relaxing and serene.

Hi Anna - Thanks very much! Exactly the feeling I was seeking to create.

Judy-giving a professional touch to small local offices is SUCH a great business opportunity-great job for you to help them enhance their 'brand'. Did you paint the office walls? You didn;t mention that, but they look like a lot sunnier shade in the after. GREAT JOB

Hi Valerie - Thank you. The cat was pretty scary, I have to admit. My client has a wry sense of humor, and I think she thought it was kind of funny.

Hi Marie - It was a lot of fun. We didn't have time to paint. I think it's a combination of the window blinds being fully opened, the window being washed, and lighter artwork on the wall. I've been imagining how great it could look with some new paint and furnishings in place. Fingers crossed, I'll get a chance to make that happen.

LOVE IT, ok so now I am off to book a massage!!! You did a great job here, such a difference

Great job and thanks for sharing here on STAGING STORIES !!! You have been highlighted and received a gold star...thanks again Mary Lou Teague

Hi Mary Lou - Thanks so much! I really glad you like this - and I appreciate being highlighted and receiving a gold star!

I just love what you did...  its just amazing how you transformed the office and treatment room.  Everything now looks very inviting and looks like it should be on the cover of a magazine.  You really are a very talented Home Stager...  Great job Judy!!!

Hi Linda - Thank you! I'm glad you liked it. It was kind of rushed, but so much fun!

Judy, it's amazing what the camera picks up. It can be a real eye opener for a client. Nice job!

Hi Janice - It's true, isn't it? Sometimes it's not until clients see the "before" in a photo that they realize how much work needs to be done. Thank you - I'm glad you liked this.

Well Judy not often you get to do something so fun.  Nicely done and it changes the feel of the office and the patient room. 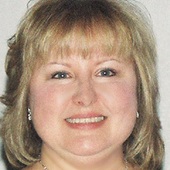