I have a listing for the office/warehouse building BEHIND this display of rusted Patio Art in a dicey area of Phoenix near Sky Harbor Airport.  The building is approximately 13,000 SF overall 30% office and 70% warehouse.  It is a great building, well built and its very well priced at $450,000.  But that is not the story.

Two potential Buyers walked away because a fellow who I've labeled "Steely Dan" seems to have set up shop selling his "Patio Art" next door and has decided it is okay to park a truck with trailer and display his rusted art directly in front of my clients building!  On top of that when I came by on a weekend his grand-kids are selling parking spaces in my clients lot for $3 each while people attend the swap meet across the street!  My client didn't seem to be all that concerned but as we are marketing this property it has become an issue.

One potential buyer was a Performance Auto Repair shop and he would have used the building as a retail location to display high performance cars and then repair them in the back.  When he observed "Steely Dan's" set-up he walked. Another potential buyer was a more traditional warehouse type user who felt that "Steely Dan was a squatter and it would be impossible to remove him" and he walked.  Is this fellow a squatter?

As I started digging into the parcel records at Maricopa.gov I discovered that this fellow's "shop" (which is really a chain link fence around an open air building highly cluttered with all sorts of stuff), sits on top of a utility easement which isn't an actual parcel.  There is no parcel number attached to it. HMMMMMM????? At first I thought he might be a squatter as I learned he has been there for many, many years.  After several weeks of working with the City of Phoenix Planning and Development department it was finally discovered that this fellow is actually leasing his shop space from SRP. (Salt River Project is one of the Electrical providers here) It turns out there is an underground Canal there that runs up the length of the street.  In conversations with "Steely Dan" (no that is not actually his name)himself he is under the impression that he leased the entire swath of space from Madison Street all the way up to Washington Street, which passes directly in front of all the industrial buildings and shops on the street!  He goes on to tell me that not only does he have a right to be there, but that he is a nice guy and if the future building owner needs additional parking he will allow them to use some of his space

who seemed mildly concerned about this fellow because sometimes the loading dock is blocked with the cars of people shopping at "Steely Dan's" store.  With letter in hand, I am told that the buyer feels comfortable enough to close. It will be up to the new owner of the property to determine what he is willing to let happen in front of his new building.

It's been an interesting journey to say the least!

I am a Commercial Real Estate Broker in physically located in Gilbert Arizona which is in the South East Valley of the Greater Phoenix Metropolitan Area.  I work with Office, Retail and Industrial Properties.

Well I knew if I looked hard enough on AR I would find a selling obstacle larger than an uncooperative tenant I'm dealing with. Thanks for sharing this unusual story.

Thanks for the Comment Adrian.  While he was indeed an obsticle, he was nice about it.  It would have been much worse if he had been beligerant.  Good luck with the uncooperative tenant. 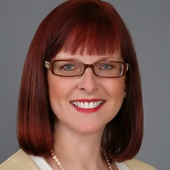