The Alabama GulfCoast is a great fishing spot all year, and this summer the reports have been especially good!  Alabama has the largest charter fishing fleet on the Gulf Coast, and anglers can choose from inshore, offshore, or pier fishing.

Alabama also has the largest artificial reef program in the United States. The reef program started in 1953 in OrangeBeach. In 1987 the U.S. Army Corps of Engineers issued a permit to create specific artificial reef areas offshore. Later, the need for inshore artificial reefs was realized, and in 1996 rubble from the replacement of several river bridges was placed inshore to promote the growth of a natural oyster reef community.

The U.S. Army Corps of Engineers’ program represents one of the best recycling efforts in the country. Obsolete military combat tanks were stripped of all hazardous materials to meet EPA requirements and sunk. The disposal of tanks in this fashion saved the government millions of dollars. The artificial reefs will eventually become natural reefs as organisms such as corals and sponges cover the tanks. This will result in a complete reef food chain which makes possible the reef fishing off our shores.

There is sure to be a variety of fish that sparks your interest in GulfShores! Check out the listofvarieties on the Department of Conservation website. Some of the fish that peak in the summer months are amberjack, bluefish, dolphin, kingfish, king mackerel, Spanish mackerel, sailfish, red snapper, and tarpon.

According to a report this week, inshore fishing has been good for speckled trout, white trout, and ground mullet.  Inshore fishing is always great from mid-July through the early fall. And, on any day that the fishing slows down, it’s productive to drag for shrimp. Why not go home with a “seafood platter”!

The Gulf State Park Pier is open 7 days a week, 24 hours a day, and anglers have been catching king mackerel, redfish, Spanish mackerel and speckled trout.  A recent fishing report from Gulf State Park stated that in early July fishermen caught 54 king mackerel from the pier in one day. Another angler hooked three tarpon and was able to bring two up to the pier before he released them.

Great fishing, great beaches, great golf, great restaurants - - - I could go on and on.  But come and see for yourself all the “greats” we have to offer in GulfShores and Orange Beach. I’m ready to help you find the great real estate of your choice. Give me a call today.  LanceSteffek, 251-981-2225. 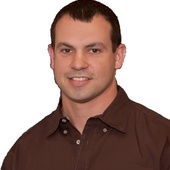