OMG - you are too much.  You make me log on to see that you've made another about the mythical and wonderful wall adaptor - what give.

I'll re-post it for you. but only because it a) looks amazing a b) I know you'll install one in my house for free.

The funny thing would be if you never received these outlets.  But, I have faith your dreams will be fulfilled.   They say to dream big.  So, if this is big for you, that you'll be the happiest broker in Mineola.

OK -- So last night, late at night (which technically makes it today in EST), I blogged that I'd be receiving the following:

I MADE THE FOLLOWING COMMENTS:

WHAT IS THIS FREAKY THING?  IT IS A REGULAR OUTLET THAT HAS TWO USB CONNECTIONS ON THE SIDE.

YOU CAN USE TWO OUTLETS, AND CHARGE TWO CELL PHONE OR AN I-PAD AND A CELL PHONE AT THE SAME TIME!

If you don't think this is hot stuff, you are lacking in that nerd factor and you should call the nerd in your office and tell them about it.  I guarantee there isn't one office doing significant business without a tech nerd.  And, this should be right up their alley.;

I told the customer service rep that I would push their product online, becuase I think it is the coolest thing I've seen in years.  They said the following (more or less) "if you blog this on you post, and people put the word REALTOR IN THE NOTE SECTION, there wil be some worthile discount applied.

I am writing this just to be at my office tomorrow so I'll be present to pick up the 5 I've ordered.  Yes, I am a nerd.  I can't wait.

PLUG YOU I-PHONE AN I-PAD IN TO CHARGE, WHILE STILL USING TWO NORMAL OUTLETS!!!

OH, YOU WANT A LINK - http://store.fastmac.com/product_info.php?products_id=458

iT'S A COMPANY THAT MAKES STUFF FOR MACS, BUT CAME UP WITH THIS ONE.

I STILL HAVEN'T RECEIVED THEM - AND I PLAN BLOG AN HONEST BLOG EVERY DAY BEFORE & AFTER THE PRODUCT ARRIVES.  IT WILL BE INSTALLED WITHIN 5 MINUTES OF ME OPENING THE BOX, BUT IT ISN'T HERE YET.  I AM IN NERD HELL.   I told the people at this company they shoudl start putting them in surge protector / extension cords and they said they thought Belkin had already patented this tech.  Well, after 1.5 fruitless hours at Micro Center today, I can tell you they may have a patent pending, but they ain't go no product.

[Yes, I am aware that ain't ain't a word.  I was just frustrated after looking through every single surge protector and extension cord in a Micro Center.   If you don't have one in your town, picture going to a Walmart or a Costco looking for a jar of peanut butter, but not knowing where to start.   Yes, it really wasn't fun. And, the sad part is, a) I don't own this CA company making the electric boxes; I have nothing to do with them and b) I didn't want a Belkin (or an extension cord from any other company).  I wanted an outlet with USB charger for nect to my bed, my kitchen, my kids room, etc.

Sunday, NO MAIL.  I'll let you know tomorrow.  If I get it, I'll have someone take photos while I do the install.

Looks like an interesting product extension for the electical outlet business.

This is aweseome!! Definitely the wave of the future! I am going to order mine!

I LOVE IT! Some hotels & convention centers will be making BIG BUCKS when they install these-ALL the Silicon Valley biz geeks like me will demand them.

Tara, I think this is the coolest gadget I've seen in a while. Ever Realtor should have that!

Pretty soon our homes will be computers, running everything in our lives. It will be the rise of the machines. The Terminator foresaw history.

I need one of these at the office! Great choice in a re-blog!! :)

This is an interesting subject and a good idea.  It's actually nothing new.  If you've purchased an ipod or an iphone, you received a USB to 110 VAC Adapter.  So the technology is already there.  Not sure if the outlet is worth what FastMac is selling it for.

Hi Tara - what a great wall thingamajig gadget. I'll keep my eyes open for it in our local stores.

Thank you very much for posting.  I really enjoyed reading it.  I will recommend this to others.

Okay, I had to subscribe because 1) this is so funny and 2) it is actually useful.  Thanks...I look foward to a lot more insight from you all! 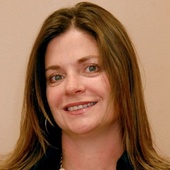