I was asked the following by a close friend who is struggling with where he wants to live in Philadelphia.

"Stephanie, if you could live anywhere in Philly no matter what the cost, where would you live?"

I said, without a moment of hesitation, "I'd live right where I am, here in Northern Liberties". If Northern Liberties did not exist I would live in any of the Fringe Neighborhoods such as: Art Museum, Graduate Hospital, Queen Village, Passyunk Square, Fishtown, etc..

"Do you want to know where I would not live? Center City," I say, "In your face, Center City!"

You can keep the pretense and high prices of Rittenhouse Square and the drone-like Business District, and the grit of Center City East.  I am happy right where I am, in the Fringe of Center City and I think a lot more people are beginning to agree with me based on recent real estate sales activity.

On Friday, I cut out of the office a little early to pick up a hard copy book at Barnes and Noble at 18th and Walnut. I grab a cab very easily on North 2nd Street in Northern Liberties. There was no way I would have even considered driving into Center City since I would never have found parking. The cab ride was a nightmare - smelly, hot and slow. I jumped out of the cab five blocks early since I was stuck in a gridlock traffic jam at JFK Boulevard. I would have been better off hoofing it the whole way having the miserable cab ride cost me $15 with a tip.  Ouch!  Cabs are more affordable in New York City!

Anyway, as I made my way to my destination I was hit in my face with the typical Center City experience: dumpster diving rats in the alleyway in broad daylight, oily grimy puddles that I had to hop over at every corner, and the stench of urine and funk at the subway vents was inescapable.  Honkeytonk businesses buying gold and selling a mixed bag of outdated costume jewelry, human hair, and ugly knock-off handbags is not my idea of a Center City shopping experience.  The puke in the corners of stairwells and drunk vagrants seemingly passed out cold on every block was stomach-turning.  When I approached Rittenhouse Square, I was greeted by a man making kissing noises at me as he leaned against the wall at Anthropologie on 18th and Walnut. In front of Barnes and Noble, I was accosted by some guy with crazy eyes and a clipboard aggressively pressing me to discuss the imminent Alien Invasion, Rapture, or Prophetic Catastrophe approaching. Yikes! I just wanted to buy a frigging book for crying out loud! The Square was filled with a mix of vagrants with all of their belongings in plastic bags stashed under the public benches, pooping primped pups and their dog walkers, and utterly oblivious youth obviously not working who perhaps are not yet hardened by the In Your Face hypocrisy of this renowned park located in the highest priced neighborhood in Philadelphia.

Was I shocked to hear a few few hours later that a violent flash mob converged on Walnut and Juniper on Friday night ? No, sadly, I was not. I was angry, though. I expect more from Center City than what it offers. I deserve better. Philadelphians deserve better!!!!!!!! Those folks who are brainwashed into thinking that the Center City area is a "better neigborhood" than those in the Fringe Neighborhoods, they have yet to convince me. It is not that the Fringe Neighborhoods are free of the byproduct of an urban environment, it is that the sheer volume of vileness is measurably less. And do you know what else is less in the Fringe? The cost of properties (you get so much more for your money in any of the fringe neighborhoods), the cost of really great fine dining and entertainment, less trash, less filth, less of a hangout for the homeless, and the closest thing we get to a Flash Mob in my neighborhood is the annual N 2nd Street Festival.

For a great lifestyle, take a second look at the Fringe Neighborhoods because you deserve better.

And my lesson learned for my most recent visit to Center City is that from now on, I am ordering all my books online through Amazon.com!

Worked there for years and no trip in the city is complete until the vagrant kiss or grabbing of your leg as you walk pass their seemingly owned steam grate.  Be thankful it wasn't a rainy day, on pavements not wide enough for the 2-way golf umbrella experience and the cars that seem to know the exact speed & location to hit those puddles, destroying your entire ensemble for the day.  Enjoyed your take on it and couldn't agree with you more.

Folks keep asking me why I never attend any of the NAR events held in D.C.

Easy.  I'll attend them when they are held in the suburbs.

Although this blog is very harsh, I hope it finds it's way to Mayor Nutter et al.  They should know their jobs are in jeopardy.  I remember in times past the City needed drastic action and it got it from it's residents and officials.  We can do it again!

Harsh it is. I voted for Nutter and had high hopes for him and for our city. But topics like the one I have written about are the least of this city's concerns. Budget, jobs, corruption. I mean really, what is up with the school superintendent and her entourage for example? A cure does not start with the government. Leadership resides in the citizens. It starts with the people who live and work in the community. I will probably write a blog to follow up with this with some solutions. I am not one for just throwing a rant and not being part of a solution.

Thank you for your comments. I appreciate them and they are important to me.

Good to hear from you. Just try to catch a cab in the rain too.  My Center City settlements are a draining experience. The settlements are fine, it is getting there that is the problem. Parking within a couple of blocks from the settlement office is a certain crap shoot that I usually loose. And you are right, when it rains it is a whole other story.

My brother commuted into Center City for a few years from Bucks. His subway stories are horrible. I don't even take public transportation, which I am ashamed of a a Philadelphia resident. Ashamed because of the condition of the subway and the whole experience. I am no elitist but I don't owe any apologies for that opinion. Philadelphians desever better! I am old enough and experienced enough to know, I don't like the public trans system and I choose not to use it. I have caught some flack for that from peers and clients but I have also met many people who feel the same as I do. Most of them are women by the way. They don't feel safe. It is a real problem. For that, I donot have a solution : ( 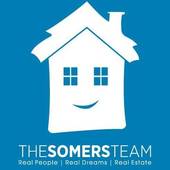