New York City has some of the best museums in the world.  From the well-known to some you may not know about, listed below are my picks for the Five Must-See Museums in Manhattan.

The Metropolitan Museum of Art (MET) The MET began in 1870 and grew into its present glory and location ten years later in Central Park at 82nd Street and Fifth Avenue.  It’s about a quarter of a mile long and takes up four city blocks.  From its rather humble beginnings in a storefront on Fifth Avenue in the 1800s bringing in nearly 800,000 visitors, it now has over 5 million annual visitors.  It was the first museum, worldwide, to display the works of Matisse.  With over two million square feet, the MET displays more than two million works of arts from all over the world.  Its American collection is the largest in the world; its Egyptian collection is the best (outside of Egypt itself) and there’s collections within dating back 5,000 years ago.

The Museum of Modern Art (MOMA) MOMA, located on 11 West 53rd Street, began in the late 1920s.  The forward-thinking ideas of three wealthy female patrons of the art, its goal was to become the “greatest museum of modern art in the world.”  After relocating because of expansion over a decade its permanent place was established in 1939 and in the mid-1980s, Cesar Pelli, world-renown for designing some of world’s most beautiful and tallest buildings, designed a major renovation which doubled its size.  MOMA contains over 150,00 works of art and their library and archives is the premier research facility of its kind in the world.  It has displayed some of the masters of contemporary art including Jackson Pollack, Pable Picasso and Vincent Van Gogh.

The American Museum of Natural History

This magnificent museum is my personal favorite and one my family and I frequent often.  It’s been the backdrop for numerous television shows and movies, including Night at the Museum.  It’s one of the largest museums in the world and main entrance on 200 Central Park West, along with its architecture and surroundings are a stunning site.  It began in 1869, the idea of Albert Smith Bickmore and won the support of philanthropists and leaders of the time. Combining the best cultural and scientific minds in the world, its ongoing programs and vast collections include some of the most comprehensive scientific discoveries, as well as educational programs, events and special family-friendly highlight tours.  Four floors, over 20 connecting buildings, 46 exhibition halls and one of the largest natural history research libraries in the world (supporting a scientific staff of 200) make this museum the best of the best.

Nearby Notable Condos:  The Rushmore

The Frick Mansion/museum, located at 1 East 70th Street, is the former home of Henry Clay Frick. Frick reportedly built it to outdo another wealthy resident on Park Avenue, Andrew Carnegie.  Built in the early 1900s by the same architects that designed the New York Public Library, the mansion now serves as a museum containing some of Mr. Frick’s original collections of priceless paintings, sculptures, furniture and other objects. Over the years, the museum’s trustees have acquired other works to include 18th century Old Masters paintings and other ob·jet d'art from Limonge enamels to Rembrandt, Renoir and Monet.  The Neo-Classical architecture of the mansion, its grounds, beautiful collection and Upper East Side location make it one of Manhattan’s most upscale and elegant tours.  You’ll need at least three hours to devote to exploring the Frick Mansion.  There’s also classical concerts and benefit events throughout the year.

Nearby Notable Condos:  The Azure The idea for an avant garde collection of art began in 1937 when the Solomon R. Guggenheim Foundation was established and in 1939 the first venue for such displays was housed in a former auto showroom on East 54th Street in New York City.  Mr. Guggenheim’s vast collection needed a bigger place and within 12 years, Frank Lloyd Wright designed what is now simply known as The Guggenheim. Its white, rounded exterior is not only stunning but wonderful to explore inside, as each level winds around and up to the top, giving the viewer different perspectives of each exhibit depending upon what level you’re on.  There are ongoing exhibits and new ones throughout the year with the likes of Kandinsky, Chagall and Miró.  You’ll want to spend all afternoon in this museum and its location is within walking distance to the Upper East Side’s shopping, quaint bistros, restaurants and Central Park.

Have you visited any of these Manhattan museums?  What’s your favorite?  What are some notable museums and/or cultural venues in your city?  Leave a comment and let me know!

I have bookmarked this post and will go to  a museum  when I visit my Son.

Gita--so glad you found it useful.  I'm sure you'll have a great time visiting these Manhattan landmarks.  Enjoy and thank you!

I live in NY and have not been to half of these... Thanx for the post!

Michael--so glad you enjoyed it and thanks so much for stopping by to read. 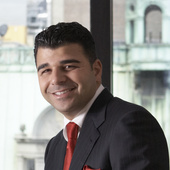