Several weeks back my mom's adopted Shih Tzu "Spikey" passed away.  He was a mess when she picked him up, so much so that she thought twice about keeping him.  Matted, covered with fleas, smelly, two badly damaged eyes, and personality that was less than friendly.  We advised mom to give him time, afterall he was found abandoned, and clearly mistreated...who knows what abuse he went through.  He has reason to be distrustful.

I won't say that Spikey ended up being the most affectionate or loving dog, but he came such a long way since that first impression.  He still barked at everything, but he no longer flinched or growled at you when you went to pick him up.  He learned what treats were, and kisses, and what steak tasted like.  He had a terrific four year with a loving owner and left a hole in my mom's life and home.

Last week she sent me photos of a Shih Tzu at the Lee County Domestic Animal Services Shelter, and asked that I go check him out.  In the meantime another Shih Tzu arrived, and when I got to the shelter "Blue" now known as "Lucky" caught my eye.  He had been adopted from the same shelter this past April, only to be abandoned by his owners in Cape Coral, who apparently also abandoned there home, and shut off all utilities...other victims of the housing crisis.  Neighbors found Lucky running around on the street. What a good dog.  His plight and abandonments have done little to dampen his friendliness or his enthusiasum.  He came with me right away, and bonded right away with my two Boston Terriers, Buster and Piggy.  Mom came down with her female Shih Tzu, Shugah, and the two of them immediatey hit it off...good!

I am so happy and proud of my mom for giving another orphan a good home.  We were heartbroken to see so many good dogs and cats at the shelter, and though the shelter is lovely and the staff terrific you could see the hope in the eyes of each dog as you walked by their cage...begging for your attention.

Dexter, a 4 year old Old English Bulldog caught my eye...and it is with bittersweet feelings that I see he is no longer available.  I am happy that great looking guy found his forever home and hope the other wonderful dogs and cats at the shelter do the same.

Groups:
Addicted to Active Rain
Almost Anything Goes
Out Of The Box!
Posts to Localism
WeBlog Anything (almost)!

Sadly, the housing crisis has other victims: pets left by their foreclosed homeowners. What I can't understand is why didn't these people at least take their pets to the shelter?

Good for you and your mom for taking in some pets who need a loving home. They bring so much joy when they find their forever home with families who appreciate them.

Thank you for your comment Pacita.  I'm happy to report "Lucky" is thriving with my mom.  Sadly many people just abandon their pets because there is often a fee involved with surrendering them.  It's a sad situation. 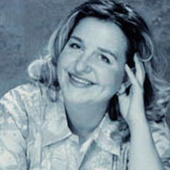 over 11 years ago
bookmark_border
Why you Need to Listen to Your Listing Agent.
View more Recent Posts   arrow_forwards

Sandi Davidson's Blog about Real Estate and Other Interesting Stuff.